According to net-metering regulations in Telangana, the state authorities undertake solar power plants on net metering up to 1 MW. 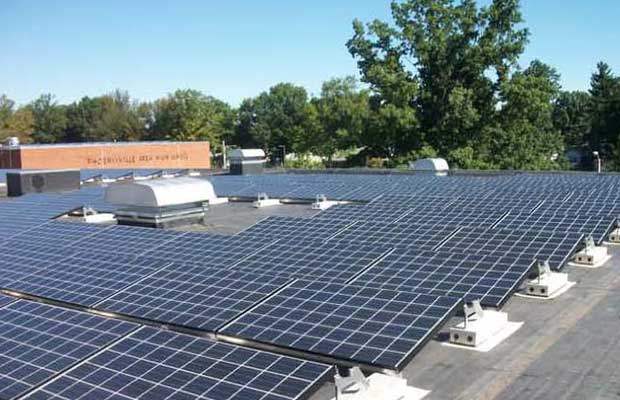 The Telangana State Electricity Regulatory Commission (TSERC) in its recent order has approved the construction of a solar rooftop project of 2 MW capacity at Hindustan Aeronautics Limited’s Telangana premise.

The ruling came after HAL filed a petition seeking an approval to set up a 2 MW project by relaxing the provisions of regulations which restrict the maximum capacity at 1 MW.

According to net-metering regulations in Telangana, the state authorities undertake solar power plants on net metering up to 1 MW.

To fulfill Indian Government’s target of achieving 100 GW of solar energy by 2022, a scheme was introduced for establishing 300 MW solar power plants by the Defence establishments under the MOD.

Consequently, HAL has been given the task to establish 50 MW by 2018-19 out of which, HAL at Hyderabad has been entrusted to establish 2.0 MW solar power.

The commission summed up the order stating, “The approval to HAL is being given solely on the ground that HAL is a PSU under Ministry of Defence and is working under a target fixed by central government.”

The project will be developed under the Renewable Energy Service Company (RESCO) mode on a net-metering basis.