HERC has recently approved a petition filed by two Discoms in Haryana seeking the installation of grid-connected solar-powered pumps in the state. 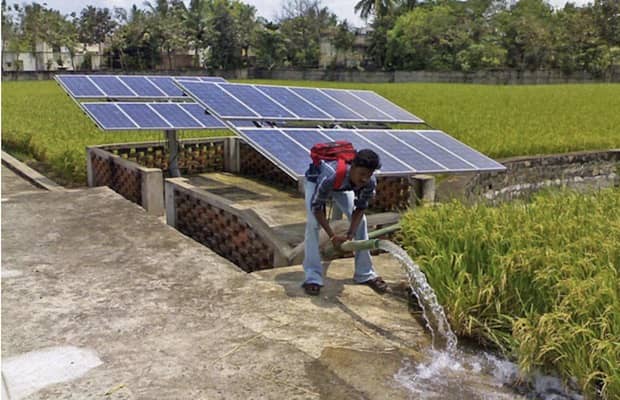 According to the proposal submitted by the two Discoms, the pilot project will involve the installation of 468 such solar pumps, with a combined generational capacity amounting to 2.9 MW. The projects are expected to be installed at 11 kV agricultural feeders in Biana in Karnal district and Marupur in Yamunanagar district. Further, the project is expected to get a 30 percent subsidy through the central government’s KUSUM program.

The two Discoms had submitted in their petition to the state commission that as of 2018, Haryana had more than 605,000 agricultural tubewell connections, with another 40,000 farmers waiting for a grid connection.

The pumps will be installed under the CAPEX model through the Haryana Department of Renewable Energy (HAREDA). The solar pumps installed under this project will belong to HAREDA or state Discoms for the initial five years, and farmers will be paid for the surplus energy injected into the grid at Rs 1/kWh.

Companies providing the systems will also be responsible for the installation, and operation and maintenance of the systems for a period of five years. The total installed solar capacity required for the feeders is approximately 2.3 MW (Biana), and 0.7 MW (Marupur). Both will remain in operation for 12 hours per day.

Under this pilot project, the existing AC pumps in the region will be replaced with grid-connected solar water pumping system with remote monitoring, maximum power point tracker (MPPT), grid-connected inverter (unidirectional), mounting structure, and cables as per the specifications of the central government.

The state government plans to encourage the efficient use of electricity and groundwater among farmers while increasing their income and financial autonomy through this new project.