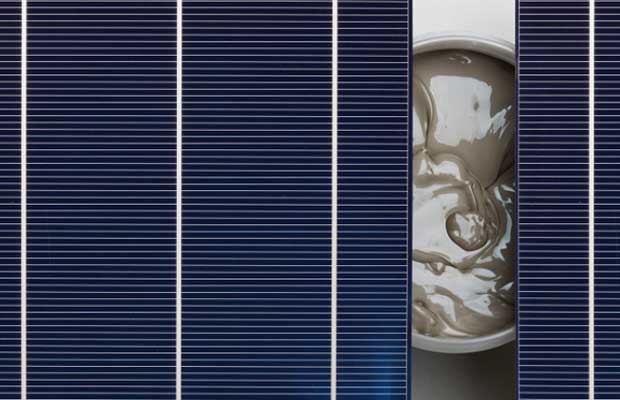 4,000 tons of silver pastes technically translates into solar panels able to produce around 133 GW power, which is equal to more than 51 million modules or around 3 billion solar cells.

Heraeus Photovoltaics, a leading provider of technology and service solutions for the renewable energy industry, has set a milestone in the industry by delivering its 4,000th ton of metallization pastes to its customers.  Heraeus announced about the achievement during SNEC 2017 in Shanghai. 4,000 tons of silver pastes technically translates into solar panels able to produce around 133 GW power, which is equal to more than 51 million modules or around 3 billion solar cells.

“The delivery our 4,000th ton of silver pastes demonstrates our leading expertise and unmatched reliability. We partner with our customers to achieve the common goal to constantly increase efficiency and lower costs. By providing them with cutting-edge technologies we have been able to set milestones in the industry. Milestones that set benchmarks regarding output, efficiency and reliability,” says Andreas Liebheit, President of Heraeus Photovoltaics.

The company in a statement said its market leadership relies on five pillars: The company operates R&D and Application centers all around the world, able to provide 24hrs research for higher efficiencies. From the first samples it takes only two to three months to produce a full size batch. Every 12 months, the company offers 0.2% efficiency increase on cell level through its silver paste. Up to 1% additional increase is possible by customization work. The full process perspective on further steps of the PV-production chain such as wafer production, diffusion and drying processes provides higher production yields and additional efficiency gains. Heraeus Photovoltaics also owns one of the most reliable and stable supply chain and production network to provide unmatched flexibility to its customers.