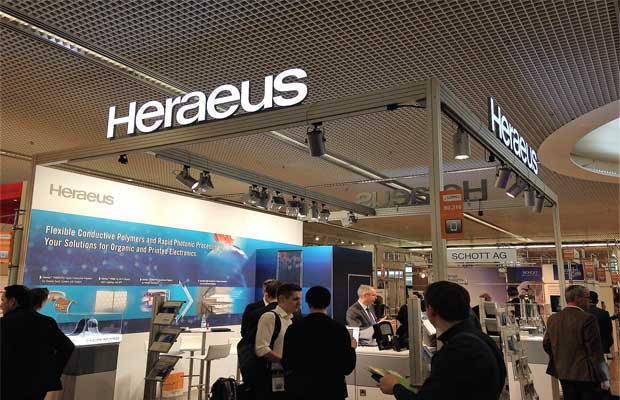 Heraeus will exercise its right to appeal and seek to prove infringement by some of the sued Giga Solar pastes.

In July this year Heraeus Photovoltaics, announced that the Taiwanese Intellectual Property Court has dismiss the infringement case of Heraeus against Giga Solar and it is reviewing the ruling carefully, it reserves the right to appeal against the decision. Today the company in an official statement said that it has appealed against the Taiwanese Regional Intellectual Property Court decision released July 7th 2017. Heraeus said it still sees evidence to prove its position and disagrees with the court interpretation of the arguments exchanged during the court trial. Heraeus will exercise its right to appeal and seek to prove infringement by some of the sued Giga Solar pastes.

During more than two years of legal proceedings, Heraeus’ strong patent position has been confirmed several times. In December 2015, the Chinese Patent Reexamination Board of the State Intellectual Property Office confirmed the validity of Heraeus´Chinese patent no. 201010529562.7, which is technically related to Heraeus´Taiwanese Regional patent-in-suit. In August 2016, the Taiwan Regional IP Court dismissed all invalidity arguments raised by Giga Solar in the patent infringement lawsuit and confirmed the validity of Heraeus’ Taiwanese Regional patent-in-suit. An antitrust complaint filed by Giga Solar against Heraeus in 2016 was also dismissed by the Taiwanese Regional Fair Trade Commission.

Heraeus has full confidence in the strength of its intellectual property rights protecting its products said the company in the statement. Andreas Liebheit, President of Heraeus Photovoltaics, said the company remains steadfast in its effort to protect its intellectual property rights and R&D achievements. He stated, “In order for solar energy to gain greater global adoption, the industry needs to continue to innovate, and companies need fair and proper legal protection for their significant R&D investments. We are vigilant when it comes to protecting out strong IP in situations like this because it has long-term benefit for the PV industry.”

By end of 2016 Heraeus Photovoltaics held more than 300 granted patents and patent applications around the world. The patents focus on solar pastes, with a specific focus on glass compositions.