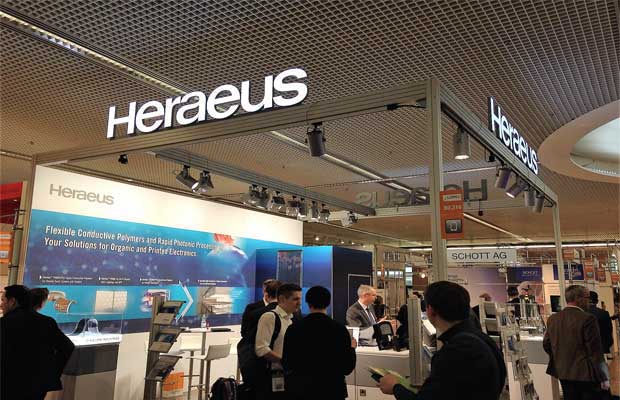 Heraeus Photovoltaics, the worldwide leading supplier of metallization solutions to the PV industry has announced that the Taiwanese Intellectual Property Court decided to dismiss the infringement case of Heraeus against Giga Solar with Heraeus’ Taiwan patent no. I432539. Heraeus is reviewing the ruling carefully and reserves the right to appeal against the decision. On June 10, 2015 Heraeus filed a lawsuit against Giga Solar complaining that Giga Solar infringes Heraeus´ patent-in-suit with its tellurium containing glass frit as a central technical component in the production of metallization pastes.

Andreas Liebheit, the President of Heraeus Photovoltaics, believes rulings like these can have a significant effect on the pace of innovation in the photovoltaics industry, which is vital to accelerate global adoption of solar power. “We are surprised and disappointed by the court’s ruling because in the course of two years of litigation we saw our strong patent decision confirmed several times. While we consider our options to appeal, it is important to note that rulings like these send a chilling message to companies throughout our industry who invest significant capital on R&D efforts. Without appropriate protection for legitimate patents and intellectual property, the collective result is less incentive to make necessary investments across the PV industry.”

Before today’s decision, this patent infringement case had a lengthy history with several positive decisions for Heraeus directly or indirectly. In December 2015, the Chinese Patent Reexamination Board of the State Intellectual Property Office confirmed the validity of Heraeus´ Chinese patent no. 201010529562.7, which is technically related to Heraeus´ Taiwanese patent-in-suit. In August 2016, the Taiwan IP Court dismissed all invalidity arguments raised by Giga Solar in the patent infringement lawsuit and confirmed the validity of Heraeus’ Taiwanese patent-in-suit. An anti-trust complaint filed by Giga Solar against Heraeus in 2016 was also dismissed by the Taiwanese Fair Trade Commission. Most recently, on June 30, 2017, the Taiwanese Intellectual Property Office, again dismissed a patent cancellation action and confirmed the validity of Heraeus´ Taiwanese patent no. I432539.

Despite the ruling, Liebheit affirmed the company’s legal efforts to aggressively protect its industry leadership in PV metallization innovations. This currently includes more than 300 granted patents and patent applications around the world. The patents focus on solar pastes, with a specific focus on glass compositions. Mr. Liebheit said, “As a company, we remain undeterred. To deliver the top quality and efficiency gains our customers need, we will continue to invest, we will continue to rapidly innovate, and we will rigorously protect and defend our intellectual property.”