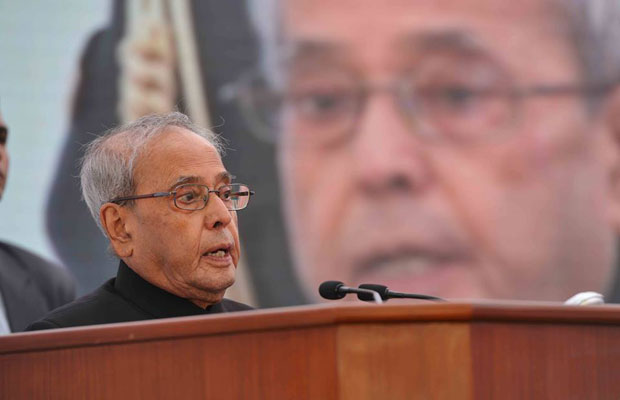 President of India, Pranab Mukherjee inaugurating first phase of a Solarization Project in the President’s Estate said that the Rashtrapati Bhavan is not just the residence and office of the President of India but the President’s Estate is a small township which has grown and its requirement of energy has also been increasing.  He added depletion of energy resources poses a serious challenge particularly for future generations. He stated that India has signed the Paris Climate Change Agreement and has committed that by 2030, at least 40% of its electricity will be generated from non-fossil sources. Mukherjee said that harnessing solar energy is crucial in this context. India has a target of reaching upto 100 GW of solar power generation by the year 2022. Thus, enhancing the capacity of solar power generation in the country becomes even more important to fulfill this commitment.

The President appreciated the innovative ideas displayed in the Green Energy Exhibition held as part of the event.

The savings in electricity bills resulting from the Solar Project are expected to be more than approximately Rs 80 lakh per year. The generation of solar power will result in significant reduction in carbon footprint and make the Estate more energy efficient.

The 508 kWp rooftop solar energy plant inaugurated by President Pranab Mukherjee at Rashtrapati Bhawan is installed and commissioned by Jakson Group. According to Jakson Solar rooftop power plant will help generate approximately 7.41 lakh units of green electricity every year and provide power for the electricity needs of the President’s Estate. The installed solar plant will incorporate net metering system for exporting surplus power generated by the plant.

A total of 1614 solar panels of 315 Wp, manufactured by Jakson at its solar module manufacturing plant in Greater Noida power have been installed at the project site to generate the requisite power. In addition to turnkey engineering, procurement and construction services for the project, Jakson will also provide annual operations and maintenance service to the plant for 5 years.

The Project is being implemented in President’s Estate in collaboration with Rural Electrification Corporation (REC).