Hanergy’s thin-film solar panels will be utilized in the equipment and observation station in the Antarctic region which will aid the meteorology research. 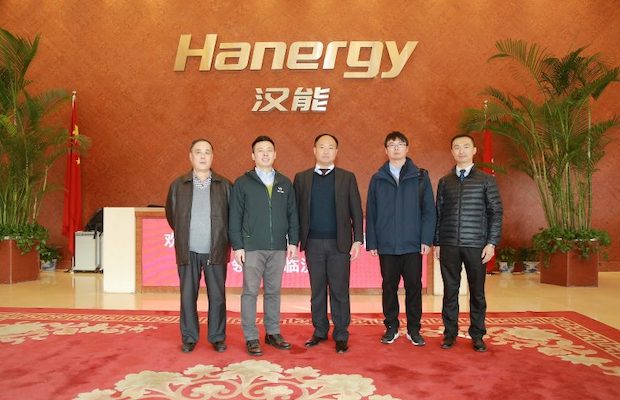 The world’s largest thin-film solar power solution company, Hanergy Thin Film Power Group (00566.hk), sustains its grandeur in the industry. As per the recent development, the clean energy giant has signed an agreement with the Academy of Meteorological Science to supply its revolutionary thin-film solar panels to support Meteorology Research in the Antarctic, the coldest continent on earth.

As per the agreement, Hanergy’s thin-film solar panels will be utilized in the equipment and observation station in the Antarctic region which will aid the meteorology research. To the proudness of Hanergy, it’s the first time thin-film solar panels will be supplied to and installed in Antarctic work stations, which proves the quality of its products.

“Bearing in mind, par excellence capabilities of Hanergy’s revolutionary thin-film solar panels, we decided to install these solar power panels on the exterior of our observation equipment and shelter to better utilise solar power, reduce the use of fossil energy and eliminate the harmful consequences to the Antarctic,” he added.

With the unique characteristics of being light, thin and flexible, Hanergy’s thin-film solar modules can be applied in products of diverse shapes and sizes and work under different weather conditions. Going to the Antarctic marks another breakthrough in its adaptability.

Wei Qiang, the president of Hanergy Saudi Arabia Company said, “We’re elated to be the first company in the sector to contribute to meteorology research in the Antarctic. While we feel credible, it gives us further impetus to continue the momentum on technological innovations and sustain our position as technology forerunner in the thin-film power sector.”

“Recently, we’ve also signed an agreement with our Saudi partners to set up the first thin-film solar power industrial park in the Middle East. From Saudi Arabia to the Antarctic, from extremely high temperature to the extreme coldness, it’s a huge challenge to the reliability of Hanergy’s technologies and products. We’re confident that Hanergy can handle the task to support the meteorology research with great finesse and fervour.” he added.