As per the deal, the two companies will collaborate to develop renewable energy manufacturing facilities in Saudi Arabia and conjointly seek relevant investment opportunities. 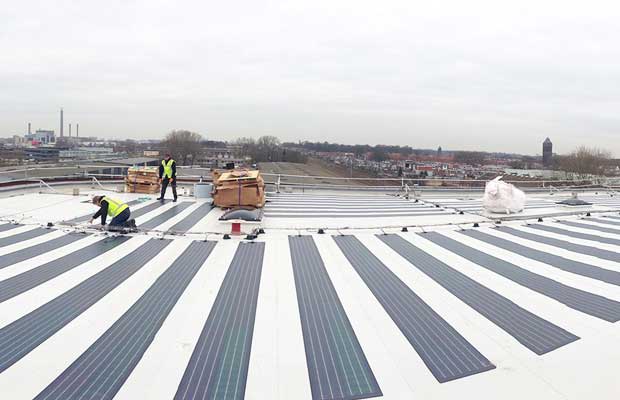 Further, the total investment of the project will be over one billion dollars.

As per the deal, the two companies will collaborate to develop renewable energy manufacturing facilities in Saudi Arabia and conjointly seek relevant investment opportunities.

Commenting on the development, Ajlan & Bros Holding Group Company, Deputy Board Chairman, Mohamed Al Ajlan said, “We are excited to collaborate with Hanergy. Thin-film power is a promising market, especially in Saudi Arabia. The renewable energy facilities are bound to reform the landscape of the country’s energy industry and help us achieve our goals in the 2030 vision.”

With this collaboration, Hanergy marks yet another breakthrough in the Middle East market.

“At Hanergy we’ve accorded priority to Saudi Arabia as one of the key strategic markets for our business globally. We realise the potential of renewable energy in Saudi Arabia and have set out an organized and specific road map to diversify our business in the country while supporting the advancement of renewable energy and fulfil the Kingdom’s commitments to reducing carbon dioxide emissions,” said Wei Qiang, President of Hanergy Saudi Arabia Country Company.

“The collaboration with Ajlan & Bros could be a turning point for both Hanergy and solar industry of Saudi Arabia,” he added.

The Kingdom of Saudi Arabia has been endeavoring to reduce its dependence on oil and going through a major transition towards more diversified and sustainable energy resources since the beginning of this decade.