Google Announces Biggest Corporate Purchase of RE, 18 Deals Worth 1600 MW

Google, which is the world’s largest corporate buyer of renewable energy, has now announced what is the biggest corporate purchase of RE in history. 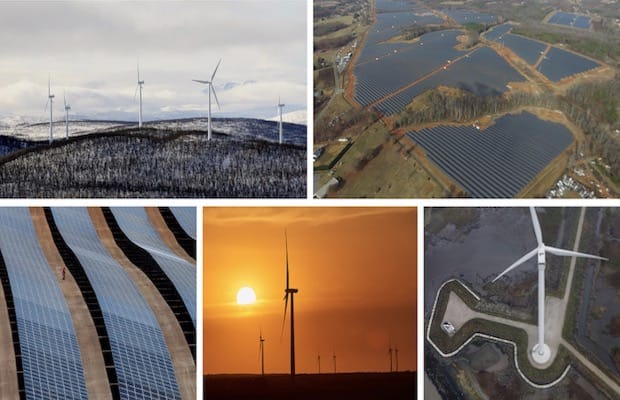 Tech giant Google, which is the world’s largest corporate buyer of renewable energy (RE), has now announced what is the biggest corporate purchase of RE in history.

The purchase is made up of a 1,600 megawatts (MW) package of agreements and includes 18 new energy deals. Together, these deals will increase the firms worldwide portfolio of wind and solar agreements by more than 40 percent, to 5,500 MW—equivalent to the capacity of a million solar rooftops. Once all these projects come online, Google’s carbon-free energy portfolio will produce more electricity than places like Washington D.C. or entire countries like Lithuania or Uruguay use each year.

Sundar Pichai, CEO, Google said that a cornerstone of Google’s sustainability efforts is its commitment to clean energy and that the company has been a carbon-neutral company since 2007. “In 2017, we became the first company of our size to match our entire annual electricity consumption with renewable energy (and then we did it again in 2018)”

“To ensure maximum impact, all of our latest deals meet the rigorous “additionality” criteria we set out long ago for our energy purchases. This means we’re not buying power from existing wind and solar farms but instead are making long-term purchase commitments that result in the development of new projects. Bringing incremental renewable energy to the grids where we consume energy is a critical component of pursuing 24×7 carbon-free energy for all of our operations,” the company stated.

These 18 new deals span the globe, and include investments in the U.S., Chile and Europe. In the U.S., the company will purchase energy from 720 MW of solar farms in North Carolina (155 MW), South Carolina (75 MW), and Texas (490 MW)—more than doubling the capacity of its global solar portfolio to date.

“In South America, we’re adding 125 MW of renewable energy capacity to the grid that supplies our data center in Chile. And tomorrow I will be in Finland to share more detail on our sizeable new projects in Europe,” said Pichai.

He further added that these RE purchases aren’t only notable for their size. Up to now, most of the company’s RE purchases in the US have been wind-driven, but the declining cost of solar (down more than 80 percent in the past decade) has made harnessing the sun increasingly cost-effective. The Chile deal marks the first time the company will buy power in a hybrid technology deal that combines solar and wind.