According to a new report, the total number of smart meters around the world is expected to almost double over 2017 levels by 2024 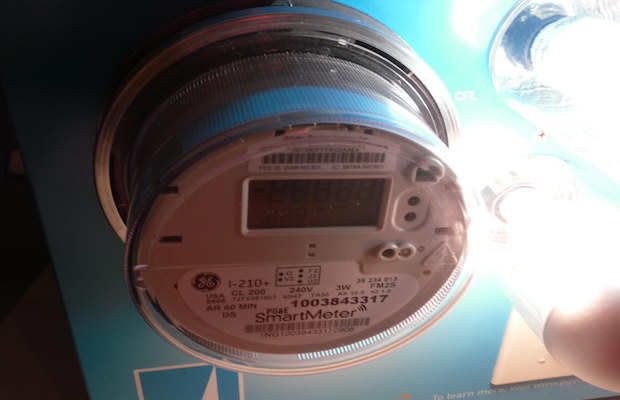 A new report has revealed that the total number of smart meters around the world is expected to almost double over 2017 levels by 2024, opening up new opportunities for customer-side control and analytics.

The global smart meter total will rise from 665.1 million in 2017 to more than 1.2 billion by the end of 2024, according to Wood Mackenzie’s H1 2019 report on the market. Accordingly, the cumulative global expenditure on advanced metering infrastructure (AMI) will almost double over the same period, rising from USD 73 billion in 2017 to USD 145.8 billion in 2024.

The growth of AMI globally is an important factor in the rise of customer-side flexibility, defined by the report as the orchestrated impact of distributed generation and energy management tools on customer load shapes.

AMI can allow renewable penetration to climb higher than would otherwise be possible, because the additional data made available can serve as the foundation for more advanced analytics and provide guidance on optimisation of behind-the-meter resources. At the same time, customers can also rely on smart meters for useful insights into their own power consumption and generation.

AMI penetration is poised to rise significantly over the coming years in both developed and developing markets. Some countries have taken the lead in smart meter penetration, while others are moving more slowly. 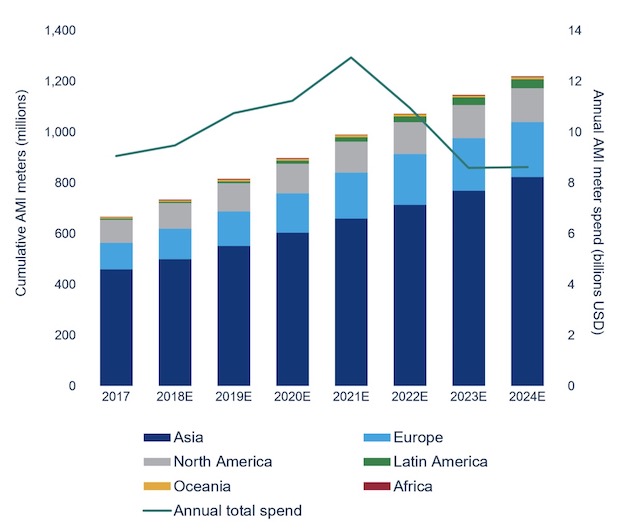 Asia will be the biggest market for smart meters over the next five years, accounting for approximately two-thirds of the global AMI installed base through 2024. China is the key market driver in the region. The country already accounts for more than half of all smart meters installed globally. The State Grid Corporation of China, the country’s main power distribution and transmission utility, deployed 476 million smart meters between 2011 and 2017.

India will emerge as an increasingly significant actor in the Asian market, thanks to the recent introduction of a centralised AMI procurement and financing process. As a result, India is projected to surpass Japan as the second-largest AMI market in Asia by as early as 2023.