Solar power has emerged as the biggest threat to onshore wind’s dominance and the tools available to the wind sector to combat this challenge are diminishing. 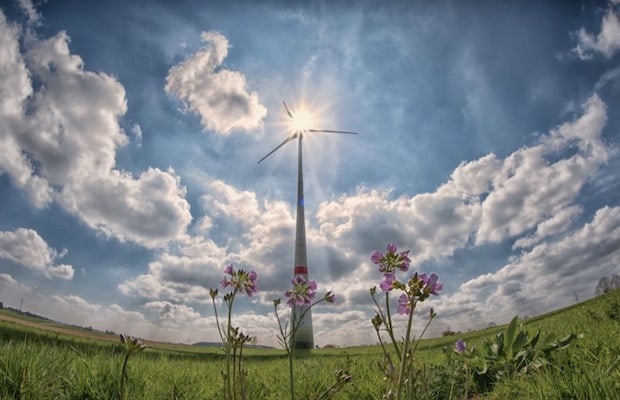 Solar power has emerged as the biggest threat to onshore wind‘s dominance in the decarbonisation battle. However, the tools available to the wind sector to combat this challenge are diminishing, according to Wood Mackenzie. The evolutionary marathon that occurred during the last decade will continue in 2020 and beyond, although constraints on technology innovation are on the horizon for onshore turbines.

While further cost reductions could occur within the industry, the low hanging fruit has already been picked. Additional reductions will be marginal and dependent on the extended value chain as turbines reach maturity.

Dan Shreve, Wood Mackenzie Head of Global Wind Research, said that in some ways, the wind energy market is beginning to resemble the natural gas CCGT market. The final wave of consolidation is already upon us within wind turbine OEM ranks. Senvion has folded, Suzlon is under fire from investors in India and Enercon is reeling after the collapse of the German onshore market.

“Siemens acquired Gamesa in 2017, while Vestas joined ranks with Mitsubishi Heavy in 2013. The Nordex group will likely come back into play once the US market comes back down to earth in 2023, which will add an additional strain on western turbine OEMs who are locked out of a booming Chinese market.

“If regional giants fall prey to global corporations, it is feasible that 98% of the western wind market will fall under the control of three companies. A similar dynamic is likely to occur within the Chinese wind energy market, especially given the highly concentrated asset owner segment within the country,” he said.

If maturity and stability have come to the onshore wind market, what could dramatically change the trajectory of growth within the next decade?

“Ground-breaking technology advancements generally fall within the offshore wind sector as opposed to the onshore industry. Key evolutionary changes in turbine tower design, blade materials and controls will cause further reductions in onshore wind’s LCOE, however, none can be considered true game-changers. We have previously outlined the primary barriers to the decarbonisation of the US power grid, most notably a lack of bulk transmission investment to support the expansion of wind power.

“Top tier wind resources are critical to reaching the low power prices demanded by the market. These tend to be more localised than solar resources and situated in more remote locations,” added Shreve.

The inability of the onshore wind market to develop a recycling solution for older wind turbines creates a new challenge for 2020 and beyond.

“The small size of first-generation wind turbines, and overall lack of repowering volume to date has limited the visibility of this issue. However, the recent success of the US 80/20 repowering program has facilitated over 10 GW of MW class turbines being repowered. As a result, there are thousands of +35m fiberglass blades currently sent to landfill – a major concern given these materials are not biodegradable and take up enormous amounts of space.

“The increased use of carbon fiber in the structural portions of these blades will add another wrinkle to recycling efforts in the future,” added Shreve.