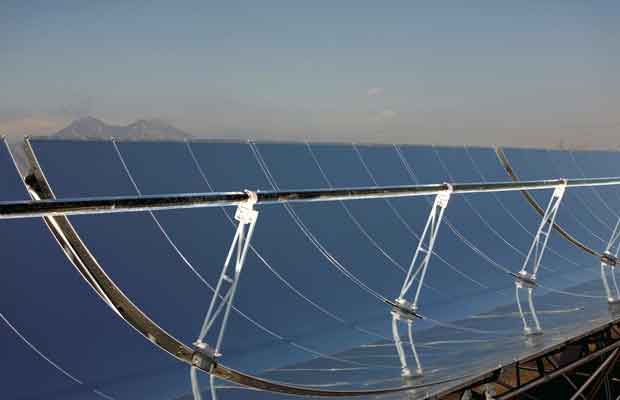 Research and Markets forecasts the Middle East & African market to be the largest growing market for concentrating solar power installations from 2016 to 2021.

Concentrating solar power is used in residential, commercial, and industrial. Growing environmental concerns over carbon emissions and efforts to reduce air pollution, policy support from governments to enable adoption of renewable technologies and dispatch-ability of power are the main drivers. On the other hand, higher initial investment and higher payback time period are the major restraints of the global concentrating solar power market, said the research firm.

According to the report the power tower segment is expected to grow at the fastest CAGR from 2016 to 2021.

A power tower utilizes many large, sun-tracking mirrors to focus sunlight on a receiver at the top of a tower, a heat transfer fluid in the receiver aids in steam generation generate steam to produce electricity. Parabolic trough segment has maximum market share in total CSP market. The main reason behind maximum share is falling price of solar CSP and at par solar irradiance in Middle East & Africa and Asia-Pacific region.

Research and Markets forecasts the Middle East & African market to be the largest growing market for concentrating solar power installations from 2016 to 2021. The Middle East & African market’s growth is driven by power generation, enhanced oil recovery and desalination industry operations. Morocco, Saudi Arabia, UAE, and Oman are expected to witness significant growth during the forecast period. Morocco is one of the most attractive market for CSP installations and has many CSP projects under development and in the pipeline.

Based on technology, the parabolic trough segment is expected to dominate the concentrating solar power market during the forecast period.

The market has also been segmented based on the components into three sub-segments: solar field, power block and thermal storage. The solar field segment is the largest market; due to large number of complex and costly subcomponents within the segment said the firm.