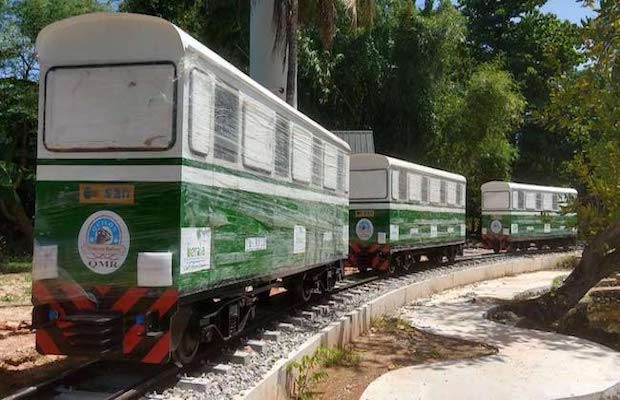 A solar energy powered miniature train billed as the first of its kind in India, was inaugurated on November 2, 2020, at the Veli Tourist Village in Kerala by state Chief Minister Pinarayi Vijayan.

The train, which would ideally be an attraction for children, was part of a string of projects worth around Rs 60 crore taken up to elevate the facilities at the panoramic destination to international standards. Vijayan also dedicated an “Urban Park” and a swimming pool at the eco-friendly tourist village, located on the outskirts of the state capital where the Veli Lake meets up with the Arabian Sea.

The miniature rail has all the features of a fully- equipped rail system, including a tunnel, station, and a ticket office. The train has three bogies that can accommodate around 45 people at a time.

“The eco-friendly solar-powered 2.5 km miniature railway will enable visitors to enjoy the beauty of nature. The Rs ten crore project is the first of its kind in the country,” the Chief Minister said in his online address.

The surplus energy generated by the system will be routed to the Kerala State Electricity Board’s grid, Vijayan said.

Tourism Minister Kadakampalluy Surendran, who presided, noted the government had allotted around Rs 120 crore for the tourism sector. Of these, administrative sanction has been given to Rs 60 crore worth of projects at Veli itself. This showed the government’s determination to transform Veli into one of the most attractive destinations for tourists, he said.

Among the projects at Veli, Rs 20 crore worth of works have been completed, and other schemes were progressing, he said adding the tourist facilitation centre will be opened in January.