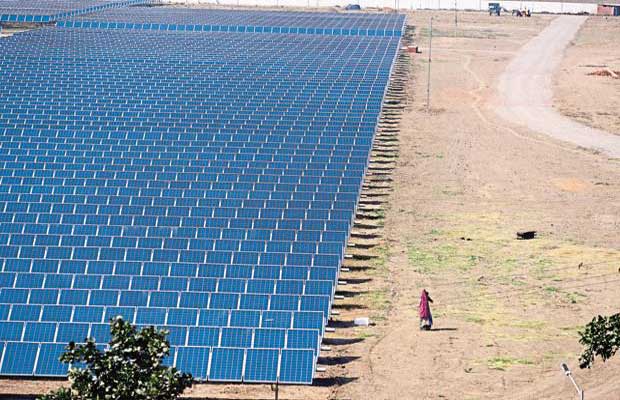 KSPDCL and SECI have formed a joint venture to develop the solar power park in Pavagada.

The Phase I of one of the India’s largest solar power parks is scheduled to be operational in June 2017. The Pavagada solar power park will be installed with 500 MW of solar power capacity by June, and the Government plans to increase the capacity to 2700 MW by the end of this year

Karnataka Solar Power Development Corporation Limited and Solar Energy Corporation of India Limited have come together to form a joint venture for the construction of the Pavagada solar power park. The location of the solar park is apt considering its extreme arid conditions.

On behalf of the joint venture, the NTPC Limited auctioned 500 MW among six project developers. The highly competitive auction saw allocation of the projects at tariffs of Rs 4.78/kWh to Rs 4.80/kWh. The distribution utilities of Karnataka will be benefited from the power generated from these projects. Moreover, the tenders to set up additional capacity at the solar power park will be floated soon, with sharply lower tariff bids compared to those seen in the Phase I of the solar power project. The land for the solar power park has been already acquired, making the process simple for the developers and they will not need to pay anything for land.