Oorja, a firm that describes itself as a Farming as a Service (FaaS) operating to connect agriculture and clean energy, has completed a US $1 million (Rs 7.5 crores) Seed funding round. The round includes equity investment from Schneider Electric Energy Access Asia (SEEAA) and grant funding from Water & Energy for Food Grand Challenge (WE4F) and the DOEN Foundation. This capital will be used for agri-energy infrastructure projects and to expand operations and the team in northern India. The company has been supported by Cross Border Growth Capital in structuring the transaction. Earlier in 2019, Oorja, then a spin-out company from the Imperial College of London was awarded $100,000 for winning the Cisco Global Problem Solver Challenge.

Oorja’s provides solar-powered affordable services of irrigation, milling and cooling to smallholder farmers that were previously reliant on diesel engines for their on-farm energy needs. The objective is to increase farmers’ agricultural productivity, to strengthen food systems and to reduce carbon emissions. Oorja has pioneered an inclusive pay-per-use model to ‘servitise’ the use of productive-use appliances. Users pay based on the volume of irrigation water used or the quantity of grains processed or produce stored.

The funding will help Oorja scale its operations in existing and new markets in India over the next 18 months. The company will expand its customer base in rural areas of Uttar Pradesh and Bihar. Oorja will deploy 121 solar projects concentrated in 22 Clusters impacting up to 6,000 low-income households by December 2022. It will also bring on board new talent at the middle and senior management levels.

Oorja’s customers are one-acre farmers with monthly income less than $100 (Rs 7500) per month. They save up to 50% by transitioning from diesel to Oorja’s services. The company estimates that users can increase their farming income by up to 100% by expanding the number of growing seasons, cultivating new crops and reducing post-harvest waste of horticultural produce. The 121 solar projects will provide gainful employment to 45 local community members and save approximately 200 metric tons of CO2e cumulatively by December 2022. The company is committed to gender inclusion in its business practices, including adding more women farmers as customers and in its field team. 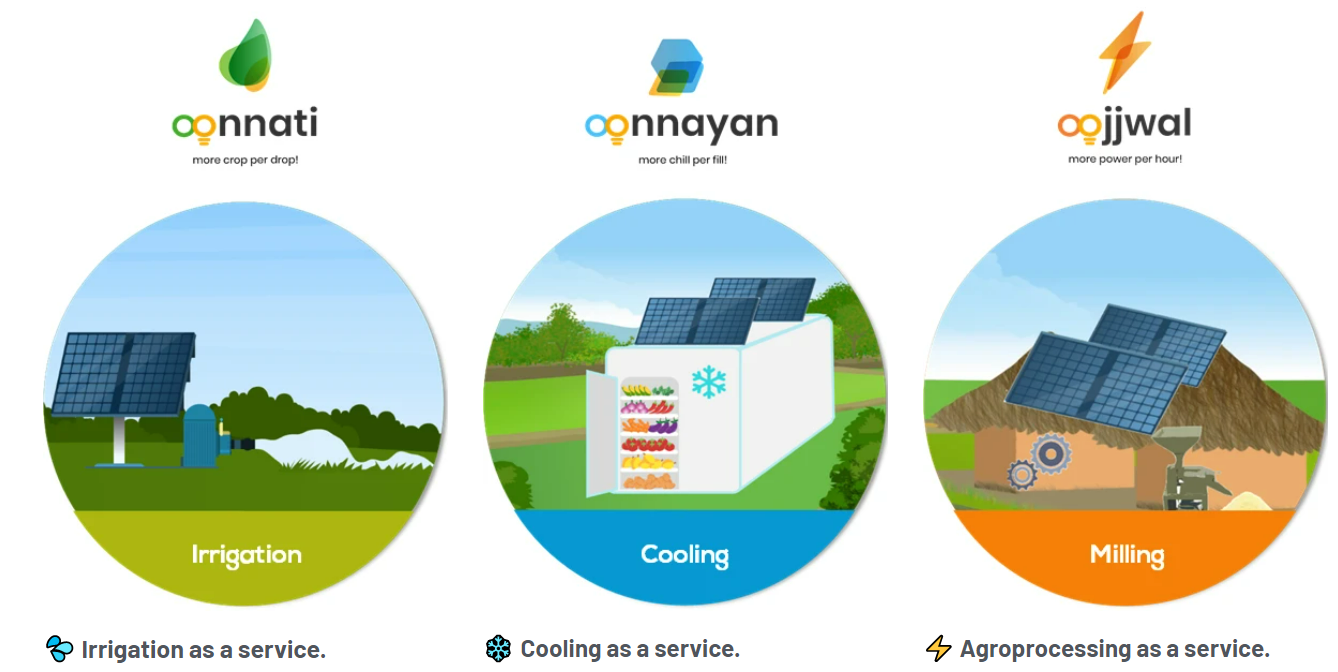 “This infusion of capital will be catalytic in expanding Oorja’s footprint in the agriculture and cleantech sectors,” remarked Oorja’s CEO, Amit Saraogi, and CTO, Dr Clementine Chambon. “We strongly believe that innovative business models are needed to bring income-enhancing technologies to farmers. We are looking forward to growing the company together with SEEAA, WE4F and DOEN to propel the company to its next phase of growth, to attract further institutional capital and scale up to other emerging markets.”

Oorja is a member of the CLEAN Network