French multinational electric utility Engie said that its project has been selected by the US-based Hawaiian Electric as one of the 16 in the final award group for the stage 2 variable renewable dispatchable generation and energy storage projects.

Further, the proposed project, a 60 MWAC solar energy + 240 MWh of the battery storage facility, awarded to the French major is situated in Puakō near Waikoloa Village, South Kohala, on Hawai‘i Island. 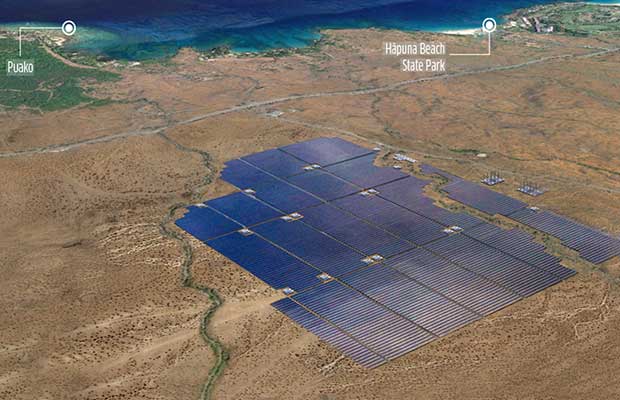 Under this project, Engie’s arm Engie EPS will be responsible for the supply of the battery storage system. It will also act as a full storage solution provider and system integrator.

Moreover, Engie and its arm’s proposal was selected by Hawaii electricity giant after a competitive evaluation as part of the largest procurement of renewable energy ever undertaken in Hawai‘i.

Commenting on the development, Carlalberto Guglielminotti, Chief Executive Officer of Engie EPS, said that “Engie EPS has a longstanding track record in deploying hybrid battery storage systems on islands around the globe, and ENGIE has over a decade of experience working in Hawaiʻi. We look forward to utilizing this expertise to help the Islands meet its target of 100 percent clean energy and to continuing our engagement with the Hawai‘i Island communities as we do so.”

Additionally, this project is expected to be commissioned by 2023, however, depending on the length of the economic disruption caused by the coronavirus crisis, the company is expected there may be delays in commissioning the projects.

Meanwhile, this was the final evaluation phase for Engie as well as the other developers. Now, Engie will enter into one on one contract negotiations with Hawaiian Electric to reach 25 years of the power purchase agreement (PPA). Finally, all of the contracts must then be approved by the Hawai‘i Public Utilities Commission.

In April this year, Engie has been awarded a total of 235 MW capacity in the latest tender results announced by the Minister for Ecological and Inclusive Transition in France. With the award of 165 MW, Engie ranked 1st in the solar tender and with over 70 MW of onshore wind projects won, the firm was awarded a total of 235 MW during these latest tenders within the French territories in particular in Nouvelle Aquitaine, PACA, Grand Est, Normandy and Hauts de France.