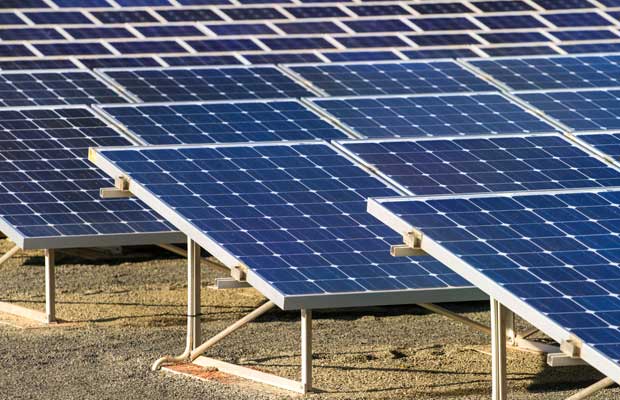 Ellomay has entered into a SPA, acquiring the Spanish firm behind the project, Talasol Solar’s 300 MW solar power project with purchase amount of EUR 10 million.

Ellomay Capital Ltd., an emerging operator in the renewable energy and energy infrastructure sector has announced its entry, through one of the Company’s subsidiaries, into a share purchase agreement (the “SPA”), pursuant to which it purchased and acquired the entire share capital of a Spanish company, Talasol Solar which is promoting the construction of a Solar Power Project with a peak capacity of 300 MW in the municipality of Talaván, Cáceres, Spain.

The Company expects that the Project’s operating and G&A expenses will amount to an aggregate of approximately Euro 6 million and, therefore, revenues net of such expenses are currently expected to be approximately Euro 19 million (approximately $20.7 million) per year. Based on the Company’s legal and technical advisors, the Project is expected to be construction ready within a period of 10-15 months. The Company expects that the capital required for the Project will be obtained from banks, suppliers, equity or debt financings and potential partners, however there can be no assurance that such financing will be obtained and there are currently no agreements, commitments or understandings with respect to any such financing.

The SPA provides that the purchase price for Talasol’s shares is Euro 10 million (approximately $10.9 million) and that this amount is to be deposited in escrow, otherwise the SPA will terminate automatically. The release of the amount from escrow is subject to customary conditions subsequent in these types of transactions, as described below.

The SPA includes customary representations and warranties. The SPA includes several conditions subsequent, the occurrence of any of which by June 30, 2018 will allow the Company to automatically terminate the SPA. These conditions include receipt of certain regulatory approvals and entry into certain material agreements. The SPA further provides the sellers with rights to terminate the SPA in the event the regulatory approvals are granted and the Company or Talasol fail to take certain actions required in order to advance the Solar Power Project.

The occurrence of the conditions subsequent is not entirely within the control of the Company or Talasol, as they include the issuance of regulatory approvals. Moreover, the Company has the option to automatically terminate the agreement as noted above by not taking certain actions required to advance the Solar Power Project and therefore it is possible that the SPA will be terminated in accordance with its terms.

The projected amounts and returns included herein are based on the current expectations and assumptions of the Company and its advisors and are subject to various circumstances, including the terms of the power purchase agreement, EPC contract, O&M contract and several other agreements, all of which have not yet been negotiated or executed. For more information concerning these and other risks see below under “Information Relating to Forward-Looking Statements.”

Ran Fridrich, CEO and director of the Company noted “The Talasol Solar Power Project is a material project, which we believe is going to be one of the largest solar PV projects in Europe. The Talasol Solar Power Project is expected to operate based on long-term power purchase agreements (PPAs) with utilities and/or electricity brokers. Ellomay has been active in the Spanish PV market since 2012. The Talasol opportunity intrigued us, and we received good feedback on the Project’s location and characteristics and on the expected future of the Spanish solar market from various market players, such as EPC contractors, utilities, brokers, investment banks and commercial banks in the Spanish and European markets. The high radiation in the Spanish peninsula, the significant decline of the panel prices and the relatively attractive finance costs, are expected to allow the Spanish solar market to become an advanced grid parity market”.