Egypt Building One of the World’s Largest Solar Parks

The park on completion will house 32 power stations across the 37 sq. km. site and will be able generating close to 1,650 MW of electricity. 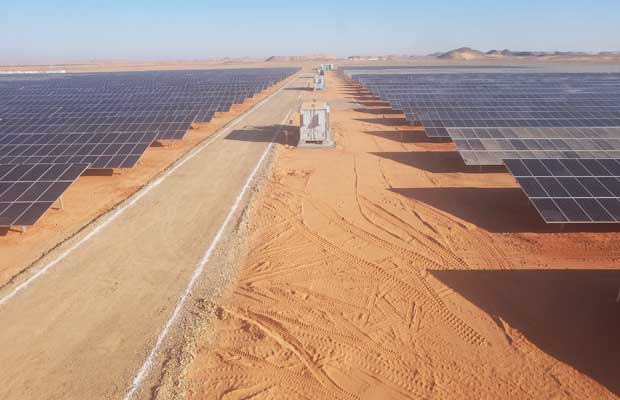 One of the world’s largest and most ambitious solar energy projects is underway at a site in the Western Desert, some 650 km south of Cairo.

The Benban Solar Park will produce enough electricity to power one million homes. But more importantly for Egypt, is this whole new strategy for infrastructure projects that will enable the government to work with private enterprises.

The park is expected to go live this year, and on completion, it will house 32 power stations across the 37 sq. km. site and will be able generating close to 1,650 MW of electricity. Going a long way towards Egypt hitting its goal of having 20 percent of its energy needs met by renewables.

Egypt is heavily reliant on fossil fuels and almost all the country’s power facilities have been built and owned by the government. It also runs a series of costly fuel subsidy schemes, which add up to more than it spends on education, health care, and social welfare combined. But on the contrary, the Benban project is being created by a consortium of 13 private enterprises working in conjunction with the Egyptian public sector.

According to Dr. Sahar Nasr, Minister of Investment and International Cooperation: “Egypt is moving forward with a very bold and ambitious economic reform program. One key pillar is promoting private sector participation.

“And what really matters about this project is how it will help bring quality services to lagging regions,” she says.

The World Bank has been one of the ongoing supporters of reforms to the Egyptian energy sector. It provided a $3 billion loan to help with that undertaking, as well as provide the framework and financing for the Benban project.