Egypt Could Meet Over 50% Electricity Demand via Renewable Energy: IRENA

The Egypt Renewable Energy Outlook report finds that pursuing higher shares of renewable energy could reduce the country’s energy bill by up to USD 900 million annually in 2030. 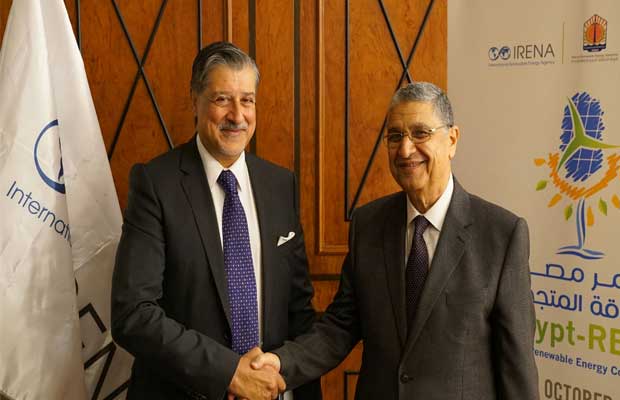 Egypt has the potential to generate up to 53 per cent of its electricity from renewable sources by 2030, according to a new report by the International Renewable Energy Agency (IRENA).

The Egypt Renewable Energy Outlook report finds that pursuing higher shares of renewable energy could reduce the country’s energy bill by up to USD 900 million annually in 2030.

As per the analysis, Renewables could cost-effectively provide up to a quarter of Egypt’s total final energy supply in 2030.

According to the current plans, Egypt aims to source 20 percent of its electricity from renewable by 2022, rising to 42 percent by 2035. Total installed capacity of renewables in the country today amounts to 3.7 GW.

Commenting on the report, Egyptian Minister of Electricity and Renewable Energy, H.E. Dr. Mohamed Shaker said, “This analysis offers the Egyptian energy sector a roadmap, building on current ambitions and plans, to enhance our position as an energy hub connecting Europe, Asia and Africa.”

Egypt can draw on an abundance of renewable energy resources to achieve higher shares of hydropower, wind, solar and biomass.

To capitalise on this, the report suggests that national policy makers may benefit from periodically re-evaluating the long-term energy strategy to reflect rapid advances in renewable energy technology and falling renewable power generation costs.

“Remarkable cost reductions in renewable energy in recent years are encouraging governments all over the world to rethink energy strategies so as to better reflect the new economics of renewables,” said Mr. Adnan Z. Amin, IRENA Director-General.