IRENA Director-General Adnan Z Amin says the main constraint in India right now is the grid. There is a huge upsurge in investment,” he said of the renewable projects being implemented in the country. 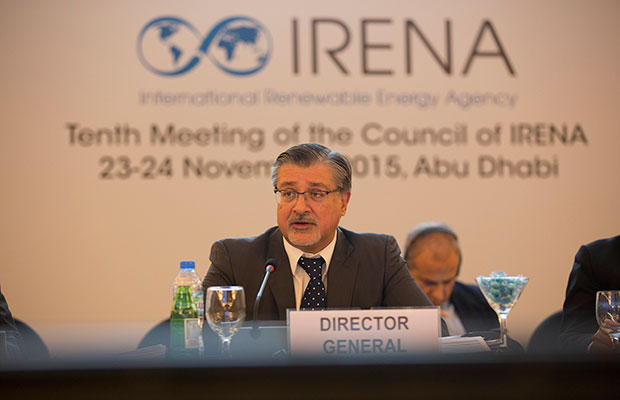 IRENA Director-General Adnan Z Amin, “The main constraint in India right now is the grid. There is a huge upsurge in investment,” he said of the renewable projects being implemented in the country.”

Investment is not a constrained while a lot of companies are re-tooling their production capabilities, he noted.

“I think renewable energy has a huge future in India and it is moving really very fast,” Adnan said after delivering a keynote address at the campaign launch of Singapore International Energy Week to be held from Oct 29-Nov 2, 2018.

He also recommended that the government should try to create an investment climate where the cost of finance comes down.

“One of the other problems in addition to grid…is that there is a lot of risks priced into cost of capital that makes it more expensive than other places,” he pointed out, listing out currency and policy risks among others.

Given long-term reliable policy framework, investors would come to the table for renewable projects, he added.

He also appreciated the success of mini-grids and standalone solar installations as part of the rural electrification in the country.