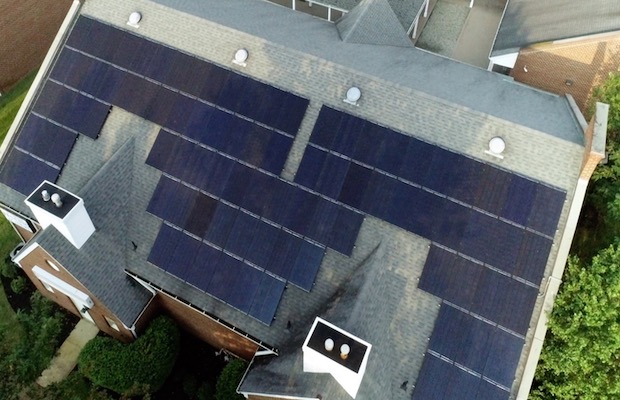 The installed solar systems for this property take care of the common load as well as the tenant load for multiple buildings. The solar firm installed the rooftop system on the site as four distinct systems installed on three of the shopping square’s buildings.

The buildings chosen were those optimally oriented for solar energy systems. The systems are owned by the property owner, all incentives can be fully realised and the electrical savings directly reducing the expense structure for this property in their portfolio.

Working closely with Poets Square Associates and the Township of Freehold’s planning board over the course of 11 months, the team managed to secure all necessary permissions and fulfilling all obligations due to the properties stated zone. Special considerations were given throughout the process to guarantee a fully functioning system that also satisfied all township obligations.

Nexamp Seneca was one of nine projects awarded contracts last December under the first round of the state’s Solar for All program. The project supports Governor Andrew M. Cuomo’s Green New Deal and proposed a new mandate for 70 percent of the state’s electricity to come from renewable sources by 2030.