The European Bank for Reconstruction and Development (EBRD) and the Green Climate Fund (GCF) have together provided $16.7 million as a loan to support the development of a new 30 MW solar PV power plant in Zhangiz-tobe in Kazakhstan. 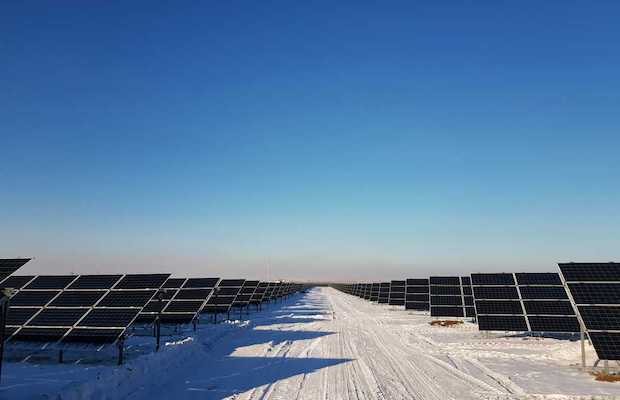 Stepping up its efforts to support renewables in the country, EBRD signed the financing agreement with China’s Universal Energy, during the Second Belt and Road Forum for International Cooperation in Beijing. The agreement was signed by Nandita Parshad, EBRD Managing Director for Sustainable Infrastructure Group, and Nan Yi, President and CEO of Universal Energy.

The financing package arranged by the EBRD includes a local currency loan of up to KZT 4.4 billion (US$ 11.7 million) and a loan of up to US$ 5 million from the GCF. The proceeds will be used to finance the construction of a new 30MW solar power plant, which will be located in Zhangiz-tobe village in the east of the country.

Once completed the plant is expected to generate over 38,900 MWh of electricity per year, helping reduce CO2 emissions by 31,650 tons annually.

The investment is the eighth project signed under the Bank’s Kazakhstan Renewables Framework, a €200 million facility for financing renewable energy projects in Central Asia, which benefits from a US$ 110 million contribution from the GCF. In 2018 alone, under its Green Economy Transition approach, the EBRD mobilised investments worth €3.4 billion into green economy projects.

Recently, a new 40MW solar plant was launched in the Karaganda region of central Kazakhstan which was co-financed by the EBRD and the GCF. The two organisations came together in February again to finance the development of a 50 MW solar plant in the south of the country.

The proposed financing package arranged by the EBRD includes a local currency loan of up to US$ 40.4 million in Kazakhstan Tenge and a loan of up to US$ 10 million from the Green Climate Fund (GCF). The new plant, which will be located in Chulakkurgan, south Kazakhstan, will generate over 102 GWh of electricity per year and will help reduce CO2 emission by 86,000 tons per year.