CO2 Emissions Fell by 12%, as Wind & Solar Took the Lead in Europe

A new report has revealed that CO2 emissions fell by 12 percent across Europe in 2019, as wind and solar provided more electricity than coal

A new report, presenting the latest insights on Europe’s electricity transition has revealed that CO2 emissions fell by 12 percent across Europe in 2019, as wind and solar energy sources provided more electricity than coal for the very first time. 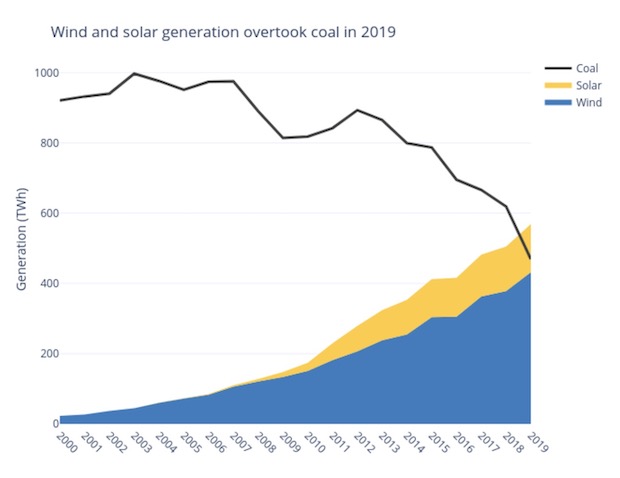 The report, “The European Power Sector in 2019” published recently by the climate think-tank Sandbag in partnership with the German think-tank, Agora Energiewende, has revealed that in 2019, wind and solar provided 18 percent (569 TWh) of EU electricity, whilst coal fell to just 15 percent (469 TWh). Further adding that just five years ago, the EU had generated twice as much from coal as it did from wind and solar.

Dave Jones, Electricity Analyst at Sandbag said that “Europe is leading the world on rapidly replacing coal generation with wind and solar, and as a result, power sector CO2 emissions have never fallen so quickly. 30 percent of all global fossil emissions still come from coal generation – so it’s critical that there is an urgent focus to transition away from coal in all countries.

Europe has become a test-bed for replacing coal with wind & solar power, and the fast results should give reassurance to other countries that they can rapidly phase out coal too.”

Key Highlights from the report:

I. Electricity Generation from Coal Collapsed:

II. The Countries with the Biggest Increase in Wind & Solar saw the Biggest Falls in Coal: 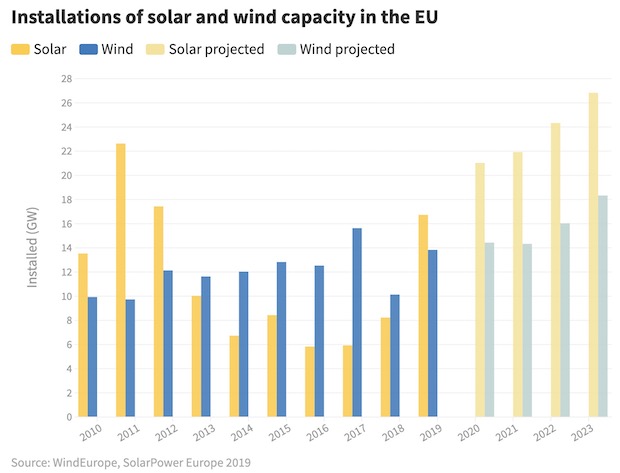