Evergy has announced that it will expand its wind energy portfolio by 660 MW, and reduce carbon output by 80 percent below 2005 levels by 2050. 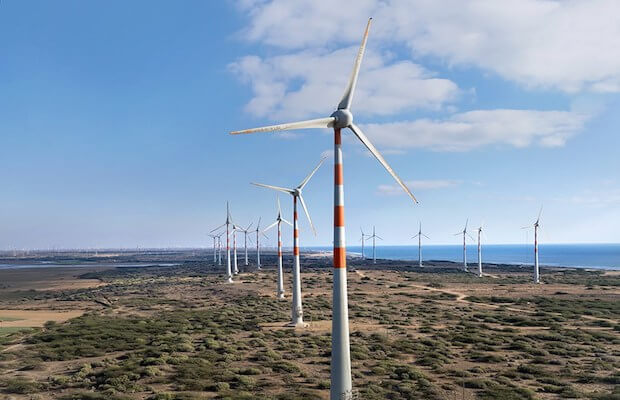 Evergy, an American investor-owned utility operating in Kansas, has announced with the Kansas Gov. Laura Kelly that it will expand its wind energy portfolio by 660 MW, and reduce carbon output by 80 percent below 2005 levels by 2050. Electricity from four new wind energy sites will be used to attract and retain large commercial and industrial customers.

Highlighting the key components of a plan to achieve this significant emissions reduction:

“Reducing carbon emissions and increasing the amount of wind energy on our system benefits our customers by reducing operating costs and by making our operations more environmentally sustainable,” said Terry Bassham, Evergy president and chief executive officer. “This represents a significant investment in the state of Kansas, helping to create clean energy jobs, and bring additional income for rural communities and school districts. It will also make Kansas more competitive for future economic development and job creation.”

Furthermore, with the new addition, the total amount of wind serving its customers to 4,535 MW, making it one of the top five wind energy companies in the United States. The energy from these wind farms will be used to support and expand its Direct Renewables Program, which allows Kansas companies to access clean wind energy to become more sustainable and reduce the overall cost of energy.

The four projects are:

“Evergy is a national leader in renewables. In fact, thanks in large part to our wind investments, Kansas now ranks Number One in the nation for per capita wind generation,” Bassham said. “We will continue to grow our renewable energy commitment and provide affordable options to help our customers meet their sustainability goals.”