Uttar Pradesh Chief Minister Yogi Adityanath has asked his state officials to explore the possibility of developing Ayodhya as a “solar city.” 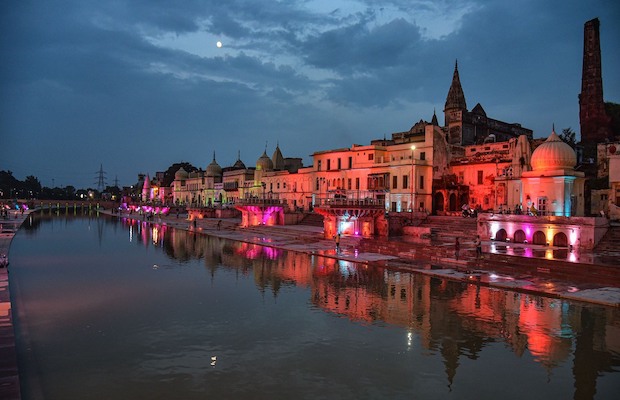 Uttar Pradesh Chief Minister Yogi Adityanath has asked his state officials to explore the possibility of developing Ayodhya as a “solar city.” According to a press statement, the CM said that Ayodhya is fast emerging as a hub for religious tourism and has already been attracting people from all over the world. He said a shortage of funds will not be a hurdle in developmental works at Ayodhya and directed officials to take up all-round development of Ayodhya in a fast-track mode.

According to the state government, the CM has also asked officials to develop the riverfront from Guptar Ghat to Naya Ghat. Also, the irrigation department should prepare an action plan to ensure the flow of Saryu river water at Ram Ki Paidi, he said.

The CM issued these instructions at an inter-departmental review of developmental works in Ayodhya district through video conferencing. He said the government is committed to the all-round development of Ayodhya and all the development works should be completed in a time-bound manner while adhering to quality norms, the press statement said.

In March, we had reported that the Ministry of New and Renewable Energy (MNRE) had issued guidelines related to the complete solarisation of the Modhera town in Gujarat, popularly known as the sun-temple town. The cost of complete solarisation of town is expected to be Rs 65 crore and will be borne by the Central Government and the State Government, with up to 50 percent central financial assistance.