After aiming for the complete solarization of sun-temple town in Gujarat’s Modhera, the Ministry of New and Renewable Energy (MNRE) has now issued fresh guidelines for 100 percent solarization of Konark sun temple, which is popularly known as Surya Mandir, along with the Konark town in Odisha. 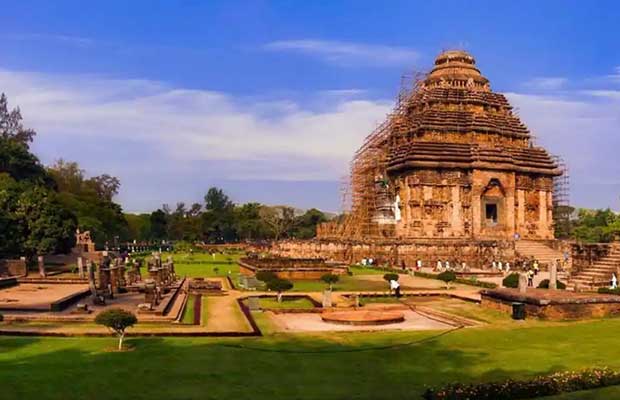 Through this scheme, the government aimed to meet all the energy requirements of Konark town with solar energy.

The cost of complete solarization of town is expected to be Rs 25 crore and will be borne by the Government of India (GoI) with 100 percent central financial assistance (CFA), via MNRE.

Commenting on the scheme, R K Singh, Minister for Power and New & Renewable Energy, said that, “Government of India launched the scheme with an objective to take forward the Prime Minister’s vision to develop the historical Sun temple town of Konark in Odisha as ‘Surya Nagri’, to convey a message of synergy between the modern use of solar energy and the ancient Sun Temple and the importance of promoting solar energy.”

This Surya Mandir in Konark is a 13th-century CE Sun temple situated about 35 km northeast from Puri on the coastline of Odisha, and is attributed to king Narasimhadeva I of the Eastern Ganga Dynasty about 1250 CE.

However, the expected timeline for the completion of the project has not been disclosed yet but once completed, the scheme is also likely to boost tourism in the area.

Under the Scheme, the government is planning to set up a grid-connected solar project with 10 MW of capacity, along with various solar off-grid applications such as solar trees, solar drinking water kiosks, off-grid solar power plants with battery storage etc.

Meanwhile, the Odisha Renewable Energy Development Agency (OREDA) will be the designated agency for implementing this project.

In March 2020, MNRE had issued guidelines related to the complete solarization of Modhera town in Gujarat, which is popularly known as the sun-temple town.

The complete solarization cost of town is expected to be Rs 65 crore and will be borne equally by the Central Government and the Gujarat State Government.

There’s an urgent requirement to consider such initiatives for other such monuments as well which are of national importance, as it will also help in boosting India’s tourism sector, which has suffered a lot due to the coronavirus pandemic.