In order to tackle the economic impact caused by COVID-19, China decided to invest in new infrastructure projects to accelerate economic recovery. 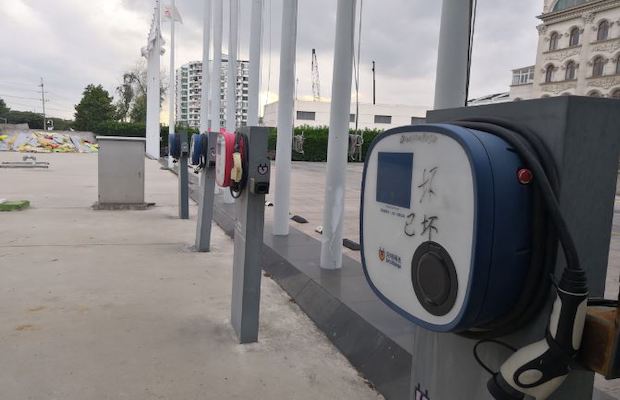 In order to tackle the economic impact caused by COVID-19, China decided to invest in new infrastructure projects to accelerate economic recovery. The country identified seven priority areas of which ultra-high voltage (UHV) transmission grids and electric vehicle (EV) charging stations provide an opportunity to investors in the power sector. The idea is to quickly realize that these projects can drive innovation and facilitate the penetration of advanced technology in economically weaker areas, says GlobalData, a leading data and analytics company.

In the EV charging space, China plans to invest around USD 1.5 billion to install 0.2 million EV chargers throughout the country, of which 20,000 will be public charging points. SGCC announced to play a key role by investing USD 380 million and will install 78,000 chargers across Beijing, Tianjin, Jiangsu, and Qinghai provinces.

Somik Das, Senior Power Analyst at GlobalData, comments: “SGCC took headstart by placing orders with ABB Power Grids to provide the HVDC technology and equipment for three of its ±800kV UHVDC transmission line projects which will transmit 8 GW capacity. Both SGCC and CSG have resumed all their projects, except for those in the epicenter of Hubei are likely to commission all their UHV projects in 2020 and 2021. These projects provide a massive opportunity to major high voltage equipment manufacturers to foreign and local companies such as ABB, Siemens, GE, TBEA, NR Electric, and China XD Electric.

“The UHV projects are also expected to reinstate confidence among the developers of under-construction wind and solar PV projects and help attract interests of investors in generation projects.

“EV companies welcomed the new infrastructure announcement and are charting out capital expenditure plans for 2020 and 2021. Tesla obtained around USD 565 million loan from the Industrial and Commercial Bank of China to expand the production facility at Shanghai Giga-factory. Stocks of companies involved in these seven priority infrastructure investments gained as investors showed optimism after the policy announcement. The stock value of Shanghai-listed China XD Electric reached its peaks for the year after the government announcement.”