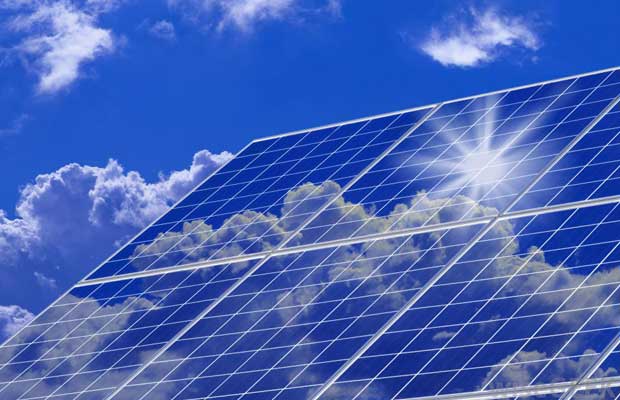 Solar projects of around 6 megawatt of the society, which is already struggling to meet the target of generating solar power set by central government, are hanging fire for want of mandatory NOC from the power department.

Solar projects of around 6 megawatt of the society, which is already struggling to meet the target of generating solar power set by central government, are hanging fire for want of mandatory NOC from the power department. Crest plans to install rooftop solar power plants at waterworks at a cost of around Rs 10 crore. The society has already floated tenders, but is unable to allocate work to shortlisted firm.

The power department has been turning down the applications for gross metering connections on ground of high solar tariff, which will push its power purchase cost. According to the solar tariff for the present financial year, the administration has fixed a buying rate at Rs 8.57 per unit with an aim to promote solar power.

Unhappy with the decision of electricity department, Crest has moved a petition to Joint Electricity Regulatory Commission (JERC) seeking direction to the department for resumption of gross metering connections.

An official of Crest said they will not be able to meet the target if the power department does not resume gross-metering connections.

Chandigarh has been selected by the central government to be developed as a “model solar city” and has set an ambitious target of generating 50MW of solar energy — both residential and government — by 2022.

Crest is struggling due to shortage of space in the city, which is spread in an area of just 114 sq km. The society has done well by installing solar plants in 159 government buildings. The response from private sectors has not been impressive so far despite various initiatives taken by the administration.

On a request by Crest, JERC cumulative capacity to 50% of the distribution capacity of a transformer, which was earlier restricted to 30%. Last year, Crest had also framed building bylaws making installation of solar power plant on new private buildings mandatory.

In the past three years, Crest has generated 20.36 million units (MU), equivalent to reduction of 1,410 metric tonne of CO2 and planting a total of 15.3 lakh trees. Of 20.36 MU, bulk of power has been produced by plants on government buildings.