The East Central Railways’ Danapur division has reportedly taken a decision to switch completely from the conventional power to solar energy. 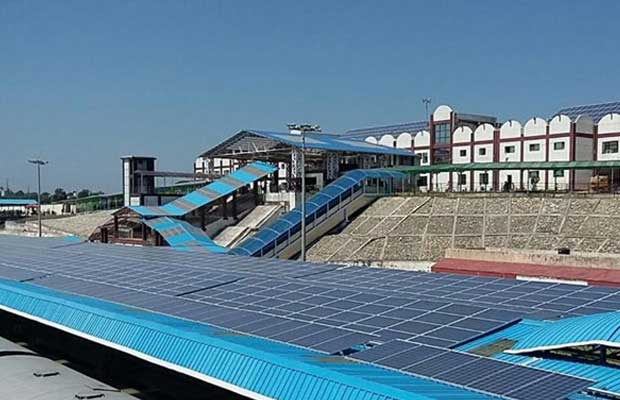 The Indian Railways Danapur division has signed an agreement with a private company and is likely to install solar energy systems at all its main office buildings and railways stations by the end of August.

According to a report in the Times of India daily, Danapur’s Divisional Railway Manager (DRM) Ranjan Prakash Thakur informed that the solar power system was successfully commissioned at his office and railway’s super-specialty hospital located in the Karbighaiya end of Patna Junction on Saturday.

Senior divisional electric engineer Saket Chand Srivastava was quoted saying that the railways are introducing the solar power system in the division at zero investment. “Railways will have to pay Rs 3 per unit only to the hired company. This contract has been awarded to the company for a period of 25 years,” he said, adding the railways will generate about 1554.575 kilowatts of solar power energy at these places in the division.

In January this year, Indian Railways announced its national-level plan to replace 4,000 MW of coal-fired electricity to run its trains with solar energy from modules deployed on both sides of select electrified tracks in 10 states. The Railway Board wants local manufacturing for 1,200 MW of equipment under the ‘Make In India’ initiatives, prepared by Solar Energy Corporation of India (SECI), an entity under the renewable energy ministry.

Indian Railway Organization for Alternate Fuels (IROAF)’ has been on a task of fitting train coaches with solar panels, which will power lights and fans inside coaches. To turn fully green in the coming 10 years, Piyush Goyal kept forth the government’s proposal in Rajya Sabha to use unused land for solar installation. Goyal also said, that the Indian Railways was planning on electrification of tracks and using biodiesel to justify the ‘Green Railways’ project.