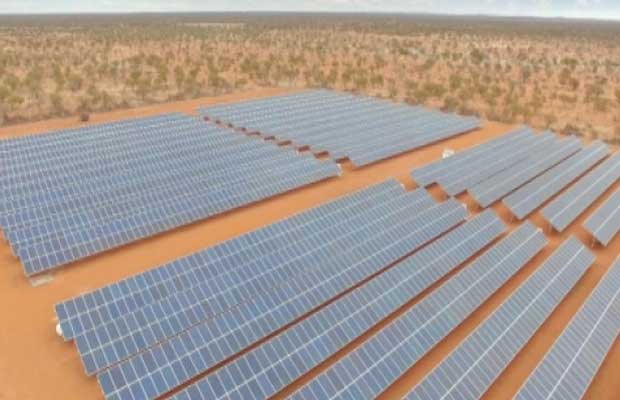 The 10 MW solar power project will comprise of 34,000 solar panels and will be constructed on 25 hectares of strategically located land 100km east of Perth.

Carnegie Clean Energy Limited has announced that it is developing a 10 MW solar power station in Northam, Western Australia. The solar power station will consist of 34,000 solar panels and will be constructed on 25 hectares of strategically located land 100km east of Perth to deliver approximately 24,000 MWh of electricity per annum or enough to power over 4,000 households for 25 years.

This will be the first large scale SOLAR project to be delivered as part of the joint venture between Carnegie’s wholly owned subsidiary Energy Made Clean and leading property and infrastructure company Lendlease, and is expected to commence operation by the end of 2017. The EMC Lendlease joint venture, signed in December 2016, will deliver large scale solar power AND BATTERY STORAGE PLANTS throughout Australia.

Carnegie has been developing the 100% privately funded project to date and will own and operate the solar power station for at least the next 25 years. Carnegie will continue to pursue the Build Own Operate business model through the investment and operation of the solar farm and will sell the power under contract through a power purchase agreement or on a merchant basis into the electricity market.

The single axis tracking design will consist of approximately 34,000 solar panels and will produce approximately 24,000 MWh of electricity per annum when it is needed most, during the day, and deliver this clean energy into the Western Australian grid. The system has also been designed to be battery storage ready. Enabling energy storage for the future will allow for a more reliable, consistent supply of renewable energy as the costs of energy storage continue to decline over the coming years.

This project presents a fantastic opportunity for local investment and employment, particularly for the community of Northam. Carnegie aims to use local capability where possible, with an expected 40 job opportunities through the construction phase. The land has also been secured from a local landholder and will provide an alternative revenue stream from the agricultural land. The energy will effectively power 3,800 households and displace 17,000 tonnes per year of greenhouse gas emissions, which is the equivalent of taking 3,500 cars off the road.

Carnegie’s Managing Director and Chief Executive Officer, Dr Michael Ottaviano said, “This is the next step in the evolution of Carnegie Clean Energy. The Tier 1 capabilities of the EMC Lendlease joint venture, combined with the design, development and financing capabilities of Carnegie, provide us with a clear point of difference in the rapidly emerging utility solar market in Australia. Carnegie is planning on replicating this approach across Australia.”

“The ability to add utility scale battery storage is a new product offering we will integrate into our own solar farms and also to other developers of utility scale solar farms as the technology costs continue to decline in the coming years.”

The project is expected to cost between $15 and $20 million. Carnegie is currently in discussions with third party providers of both equity and debt and has a range of funding options to take the project through to completion, including shared ownership models. Carnegie has the option to sell energy in the Wholesale Electricity Market (WEM), or to deliver Large Scale Generation Certificates (LGC) to third party customers through either direct Power Purchase Agreements (PPA) or their own energy retail license or some combination of both.

The project is well advanced with design, costings, land surveys, solar radiation studies and power output analysis already conducted. Carnegie is also engaged in consultation with key stakeholders, including Shire of Northam, adjacent landowners, and the community. The Project is subject to council planning approval and network connection approval from Western Power.

Construction for the project is expected to start in mid-2017 with project commissioning expected by the end of 2017.