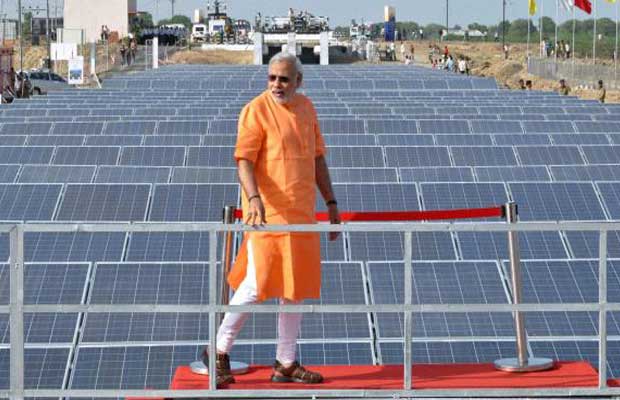 The State Government will first nominate the Solar Power Park Developer (SPPD) and also identify the land for the proposed solar park. It will then send a proposal to MNRE for approval along with the name of the SPPD.

The Cabinet Committee on Economic Affairs, chaired by the Prime Minister, Narendra Modi has approved the enhancement of capacity from 20,000 MW to 40,000 MW of the Scheme for Development of Solar Parks and Ultra Mega Solar Power Projects. The enhanced capacity would ensure setting up of at least 50 solar parks each with a capacity of 500 MW and above in various parts of the country. Smaller parks in Himalayan and other hilly States where contiguous land may be difficult to acquire in view of the difficult terrain, will also be considered under the scheme. The capacity of the solar park scheme has been enhanced after considering the demand for additional solar parks from the States.

The Solar Parks and Ultra Mega Solar Power Projects will be set up by 2019-20 with Central Government financial support of Rs.8100 crore. The total capacity when operational will generate 64 billion units of electricity per year which will lead to abatement of around 55 million tonnes of CO2 per year over its life cycle.

It would also contribute to long term energy security of the country and promote ecologically sustainable growth by reduction in carbon emissions and carbon footprint, as well as generate large direct & indirect employment opportunities in solar and allied industries like glass, metals, heavy industrial equipment etc. The solar parks will also provide productive use of abundant uncultivable lands which in turn facilitate development of the surrounding areas.

All the States and UTs are eligible for benefits under the scheme. The State Government will first nominate the Solar Power Park Developer (SPPD) and also identify the land for the proposed solar park. It will then send a proposal to MNRE for approval along with the name of the SPPD. The SPPD will then be sanctioned a grant of upto Rs.25 Lakh for preparing a Detailed Project Report (DPR) of the Solar Park. Thereafter, Central Financial Assistance (CFA) of up to Rs. 20 lakhs/MW or 30 percent of the project cost including Grid-connectivity cost, whichever is lower, will be released as per the milestones prescribed in the scheme. Solar Energy Corporation India (SECI) will administer the scheme under the direction of MNRE. The approved grant will be released by SECI.