Home » News » At IDEF, the Focus shifts to Solar Products

At IDEF, the Focus shifts to Solar Products 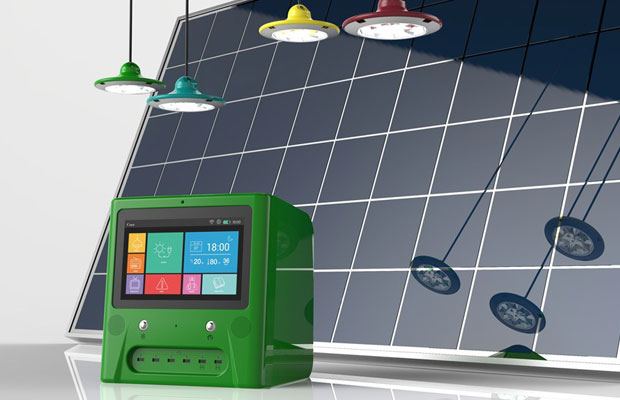 GOGLA, or the Global Association for off Grid Solar is the global body tasked with promoting its members offerings most effectively. The India Regional Representative, Viraj Gada puts it like this. “We  realised that most industry shows were either about renewable energy per se, or focussed on say, PV developers. Off Grid solar, which is such a vital part of the renewable mix, was getting left out, hence this event”.

With a small exhibition, where key members of the IFC’s Lighting Asia program were present to showcase their products, as well as a few other exhibitors, the event also gave visitors a sense of the work that is already being done in off grid solar.

For Ashden India Collective Chairman Hemant Lamba, “the event is an opportunity to meet firms that have built a real track record in off grid solar, with real on ground experience. Experience that makes them much more relevant voices when it comes to working with the government on large impact projects that seek energy access for all”. The UK-based Ashden brings together Indian Ashden Award winners to champion clean energy, promote best practice and end India’s vicious cycle of energy poverty.

Issues like financing, distribution, and even disposal of e-waste linked to solar products have been taken up at the conference. While Financing and distribution are very real and present issues, bringing up e-waste in our view was a very good move considering the rate at which the market is growing, and the need to plan for the future.

An interesting thread we could catch at the event was the increasing shift towards CSR funding as a source to meet key objectives, especially as a huge part of the off grid solar movement moves in tier 2 and rural areas of the country. Individual firms to industry groups, everyone spoke about the relevance of getting higher CSR support in the journey to energy security for all that does not leave behind a massive carbon footprint. Keep tracking this space for more coverage from the IDEF as well as key firms that have made an impact!