APDCL is going to issue a tender for the implementation of a 15 kWp floating solar power plant at Jolpukhuri lake in Assam. 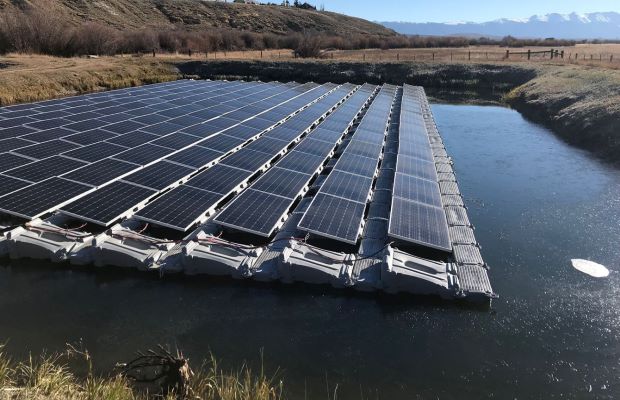 The Assam Power Development Corporation (APDCL) is going to issue a tender for the implementation of a 15 kWp floating solar power plant at Jolpukhuri lake in the state. The power department has also tendered for the supply of 20 LED street lights that will be installed in the vicinity of the lake.

The scope of work for the selected developers will include the design, supply, installation, testing, and commissioning of the floating solar plant and the street lights. The developers will have a period of 120 days to complete the work on the project.

The last date for bid submission is July 16, 2020, and the techno-commercial bids will be opened on July 27, 2020. A pre-bid meeting has been scheduled for July 2, 2020, to address the concerns raised by the prospective bidders.

The estimated cost of the project is Rs 22.04 lakh and all bidders will be required to submit an Earnest Money Deposit of Rs 34 thousand along with their bids.

In January, we had reported that the APDCL had issued a tender under the Central public sector Undertaking (CPSU) Phase II program, inviting bids from eligible firms for setting up of 30 MW grid-tied solar energy projects across three locations in the state. As per the tender, the 30 MW capacity will be developed as 10 MW projects each in the lower Assam zone, central Assam zone, and in the region of Cachar, Karimganj, and Hailakandi. The ceiling tariff for the tender had been set as Rs 3.13 per unit.

In October 2019, Assam Power Generation Corporation (APGCL) has issued a tender for the commissioning of a 25 MW solar power plant at the Namrup Thermal Power Station in Assam.

More recently in March, Jakson Group, a diversified energy and EPC solutions provider, had announced that it was planning to invest Rs 300 crore in the state of Assam by setting up the state’s biggest solar power plant with a nameplate capacity of 70 MW.