Amplus Solar, the Gurugram based distributed solar energy provider started in 2013, has hit a key milestone in India.

One Gigawatt (1GW) capacity of solar assets. Serving a portfolio of A-rated commercial and industrial customers primarily, Amplus Solar commissioned its first project of 100kW at an engineering college in Maharashtra in May 2014 and continued to grow from strength to strength, with strong backing from infrastructure investor I Squared capital in 2015, and eventual buyout by Malaysian energy major Petronas in 2019.

The company has carved out a special niche for itself as one of the few that focused on the commercial segment with an opex model, or what it terms the Solar-Power as a service model.

Since it became a member of the PETRONAS (Petroliam Nasional Berhad) group, Amplus Solar has expanded its client portfolio across diverse sectors and geographies. With its stronghold in India, the company is now making strides in the Middle East region. In addition, the company has been foraying into new avenues such as residential Solar (HomeScape offers differentiated, aesthetically designed rooftop solar for homes), battery storage, and electric mobility as a service, known as YELO. 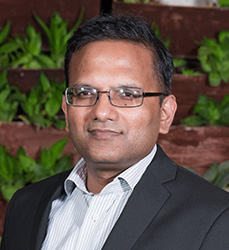 Commenting on the 1GW milestone, Sanjeev Aggarwal, MD and CEO, Amplus Solar, said, “We are excited to have surpassed 1GW of solar capacity. We have achieved this important milestone through our collective efforts and with the support from our customers, business partners and stakeholders. Until a few years ago, achieving this scale was limited to a few utility solar companies. Today, as distributed solar companies start to achieve GW scale, it demonstrates just how vast the solar canvas is in India. Moving forward, we remain committed to contributing towards the realization of India’s clean energy targets.”

It has also developed an in-house remote monitoring system ‘Hawk-AI’ to help manage its vast portfolio of 450 solar projects spread over 25 states in India, and has recently received design innovation awards for its residential vertical ‘HomeScape by Amplus Solar’.