Advances in Storage Disrupting the US Electricity Sector: Report

According to a new report, momentum is gaining around an industry shift toward utility-scale battery storage systems nationally in the US. 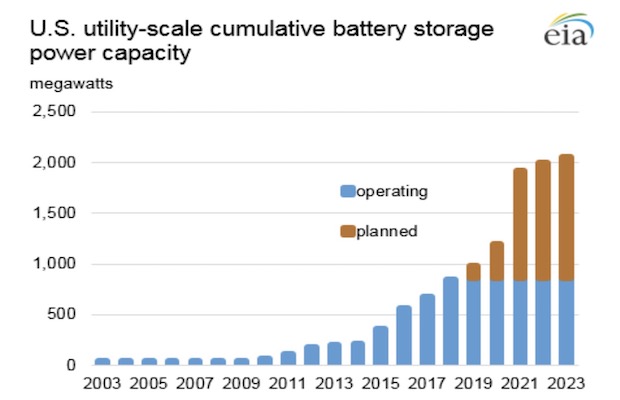 According to a new report, momentum is gaining around an industry shift toward utility-scale battery storage systems nationally in the United States. It highlights that utility-scale batteries are giving renewables a big lift while undercutting coal and challenging fracked gas.

Dennis Wamsted, an IEEFA analyst and lead author of the report, said recent evidence of utility-scale storage adoption is most likely the beginning of a trend that will take hold broadly across the industry, benefitting renewables at the expense of gas- and coal-fired plants. The report details dozens of examples of electric companies large and small finding an assortment of cost savings in electricity-storage technology and portability.

Wamsted said economies of scale will help drive the expansion of utility-scale battery storage, as will a growing recognition by utility companies of the business case for embracing the shift: “It is likely that developers and utilities will be able to stack these benefits, making storage even more economically competitive.”