Investors Paid the Price For GE Misjudging the Potential of Renewables 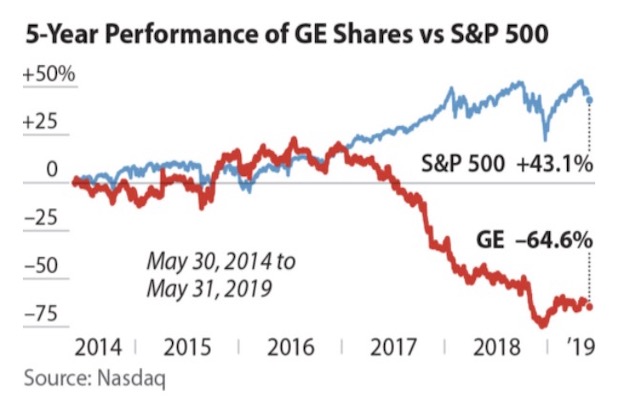 According to a new report, investors in, once the most valuable company in the world, General Electric (GE) lost billions due to the company misjudging the pace of the global energy transition towards renewables.

The report by IEEFA, ‘General Electric Misread the Energy Transition: A Cautionary Tale’, highlights GE and its primary shareholders as a case study in how rapidly the global energy transition away from fossil fuels travels up the economic chain and destroys value.

From an all-time high of US$600 billion in 2000, the total market value of GE’s outstanding shares has fallen to US$87 billion, and the company’s reputation has been severely damaged. U.S. financial markets priced in a rising probability of bankruptcy in late 2018.

The report notes how the company and its backers misjudged the potential of renewables to derail its business, leading to a $ 23 billion write-down in 2018 for the goodwill balance of a purchase made just three years earlier (the Alstom acquisition).

GE assumed wrongly that demand for natural gas and coal would continue to track global economic growth. The company did not recognise the ever-lowering costs of renewable technologies and the increased take-up of energy efficiency, which decoupled energy demand from economic activity.

“The world is transitioning away from fossil fuels – particularly expensive imported thermal coal and gas – into low-cost, zero-pollution domestic renewables such as wind energy and solar energy,” said Tom Sanzillo, IEEFA’s Director of Finance and Co-author on the report. “This is where the smart money is, but GE failed to pick the trend – and ultimately failed.”