The company plans to collaborate with a channel partner for every state to expand its retail footprint across the country. 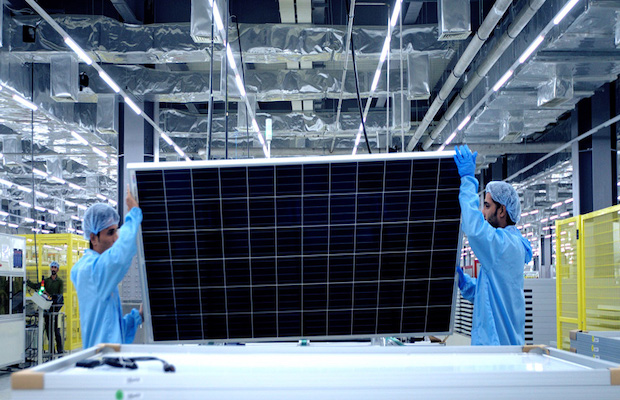 The Adani Group’s solar manufacturing arm has ventured into the retail business of solar panels in the state through channel partner Ahinsa Solar. Chief Marketing Officer of Adani Solar, Prashant Mathur, said the company plans to collaborate with a channel partner for every state to expand its retail footprint across the country.

The channel partner in the state will be responsible for all the retail requirements. It will be assigned an exclusive territory to manage orders of solar panels up to 150KW and be responsible for overall lead generation, conversion, and service.

“Rajasthan is one of India’s highly solar developed market due to the availability of ample sunlight and state policy that supports abundant solar power generation. On the retail front, it has a market of 60 MW sales, of which Adani Solar will target an aggressive 50 percent market share – 30 MW in the first year of operations in the state,” Mathur said.

The ground-breaking ceremony for the facility coming up at Kapuluppada was held a month after the state government signed an MoU with the integrated infrastructure conglomerate. Adani Group plans to support the development of the digital and energy infrastructure in Andhra Pradesh by investing over Rs 70,000 crore, over the next 20 years, which is expected to create over 100,000 direct and indirect jobs.

Under this MoU, Adani Group will set up three 1 gigawatt data centers. The centers with a 5 GW solar park would be a first-of-its-kind 100 percent renewable energy powered project in the world, Information Technology Minister Nara Lokesh said.

More recently, Adani Green Energy in a recent regulatory filing had announced that its wholly-owned subsidiary Adani Renewable Energy Park (Gujarat) has been awarded a tender to set up 150 MW of solar power projects in the state of Gujarat. The project is expected to be commissioned by October-December quarter of the 2020-21 financial year.