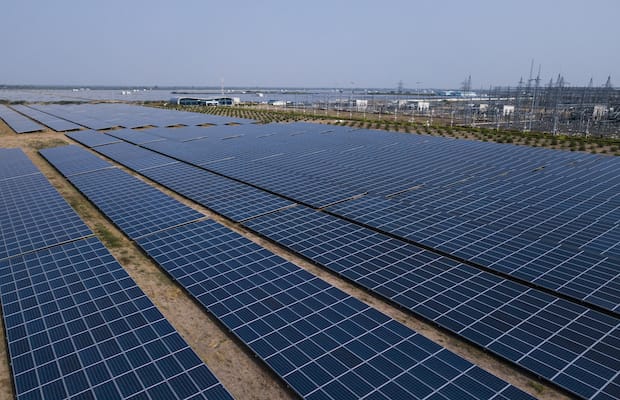 Adani Solar Energy Chitrakoot One Limited, a step-down subsidiary of Adani Green Energy Limited (AGEL) has commissioned a 25 MW solar power plant in Chitrakoot, Uttar Pradesh. The firm has executed a Power Purchase Agreement (PPA) with the Noida Power Company Limited (NPCL) at Rs 3.08/kWh for the procurement of power generated by the solar plant.

The plant will be connected to AGEL’s state-of-the-art Energy Network Operation Centre (ENOC) that continuously monitors and analyses the performance of 80+ solar and wind plants across diverse locations in India.

Vneet S. Jaain, MD &amp; CEO, Adani Green Energy Ltd said, “Adani Green is on its course to achieve a renewable capacity of 25 GW by 2025 and become the world’s largest renewable power company by 2030. It also reinforces AGEL’s commitment to lead India’s transition towards a greener future through a strategic approach and operational excellence.”

With the commissioning of this project, AGEL has a total renewable capacity of 14,795 MW including 11,820 MW awarded and under implementation projects.

The firm has signed a 25-year-long PPA with the Gujarat Urja Vikas Nigam India (GUVNL) for the project. The PPA for the project is priced at Rs 2.44/kWh.

In November 2020, a report by IEEFA had identified the opportunity for the Adani Group to lead India’s energy strategy by further aligning itself with the government’s vision for energy independence and fast-growing reliance on renewables.

“The soaring value of Adani Green Energy is a clear indication of where the market, and this group, are heading,” said Tim Buckley, director of Energy Finance Studies, South Asia, IEEFA. “Adani Green is now the largest listed energy company in India and one of the world’s biggest solar developers. Adani’s new strategic collaboration with Italy’s Snam to explore opportunities in green hydrogen is an exciting new development that suggests the group is scaling up its renewable ambitions even further.”