Italy’s Snam has announced its entry into the Indian market with the launch of its cooperation agreements in the hydrogen value chain with Adani and Greenko. 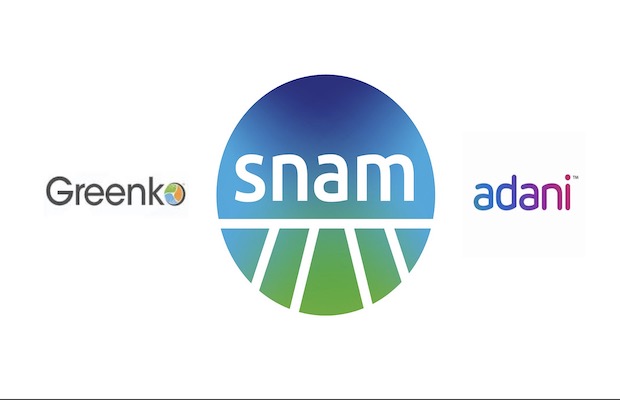 Italy’s Snam has announced its entry into the Indian market with the launch of its cooperation agreements in the energy transition, particularly in hydrogen and low-carbon mobility with perhaps two of the biggest firms in the country in the segment in Adani and Greenko.

In particular, Snam has launched with Adani, one of India’s largest infrastructure and energy groups, a partnership focused on a sustainable future, which envisages exploration of the hydrogen value chain in India and internationally, as well as the development of biogas and biomethane, and of low-carbon mobility.

Moreover, a non-binding agreement has been signed with Adani Gas Limited, a joint venture company of Adani Group of India and Total of France, to create a jointly controlled JV for setting-up a compressor-manufacturing facility in India, relying on the technology of Cubogas, a Snam4Mobility company. The compressors will be installed in existing refuelling stations and in those under development. This would help in promoting the development of refuelling infrastructure for sustainable mobility and fostering the use of natural gas, as envisioned by the Government of India.

The firm has also signed an agreement with Greenko, one of the largest renewable companies in the country, to cooperate in supporting the development of the hydrogen value chain in India. Through the agreement, the two companies will be able to collaborate on the study of hydrogen production methods from renewables, on the design of hydrogen-ready infrastructure and on potential final applications in both industry and transport, including fuel cell mobility.

Snam CEO Marco Alverà said that “the entry into the Indian market is a new milestone in our internationalisation path. Thanks to the partnerships with some of India’s leading players, leveraging our know-how and technologies, we have the opportunity to bring a valuable contribution to a country that is strongly committed to the energy transition and which presents many opportunities. These agreements aim at promoting the growth of green hydrogen in India and other countries to help decarbonise industry and transport and at further developing natural gas and hydrogen mobility in a huge market.”

The firm has also announced that it has signed a Memorandum of Understanding with Indian Oil, a state-owned company which is one of India’s leading integrated energy operators, for possible joint initiatives in the energy transition and in the natural gas infrastructure value chain, particularly for storage and regasification.