Andritz has received a contract from Greenko for the supply of electro-mechanical equipment for the 1200 MW Pinnapuram pumped storage plant in Andhra Pradesh. 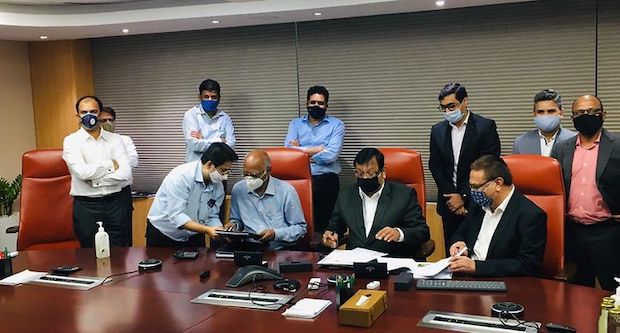 Australia-based international technology group Andritz has announced that it has received a contract from Greenko Energy Private Limited, an independent Indian power producer (IPP), for the supply of electro-mechanical equipment for the 1200 MW Pinnapuram pumped storage plant in Andhra Pradesh.

Located in the Kurnool district of the state, the hydropower plant will be part of the first integrated renewable energy storage project combining electrical energy production based on photovoltaic (PV) solar, wind, and pumped storage. Once commissioned, Pinnapuram will be the largest pumped storage scheme in India. Commissioning of the first units is expected by 2023.

In April, we had reported that AFRY India had won the Letter of Award (LoA) from Greenko Energy for providing detailed design engineering services for its 1.2 GW (or 1200 MW) pumped storage project. Greenko had earlier won the biggest storage project tender ever that was conducted, winning rights to build 900 MW of storage.

In June, the Andhra Pradesh Government had announced that it had secured an additional revenue of Rs 3495 crore after it successfully renegotiated the contract, for the proposed Integrated Renewable Energy Project (IREP), with the implementing firm Greenko group.

As per the renegotiations, the state government said it has doubled the land prices to Rs 5 lakh per acre from the existing Rs 2.5 lakh the rate which was fixed by the erstwhile TDP government. This decision will alone fetch the state government about Rs 119.16 crore which is equivalent to the one-time compensation fixed by the previous TDP government. In addition to this, the government has also levied a ‘Green Energy Development Charge/Cess’ of Rs 1,00,000 per annum on each megawatt of power being produced by the group in all the three formats wind, solar and reverse pumping project.

With an aim to address the challenge of schedulable renewable power, Greenko is planning 2 integrated renewable energy projects and one of these is at Pinnapuram in Andhra Pradesh. The project consists of 2,000 MW of solar, 400 MW of wind and 1200 MW of hydro pumped storage. It will generate 7 billion units.