A new Rs 25 crore project has been sanctioned for all 134 govt models schools in Rajasthan to get hybrid solar plus battery bank systems. 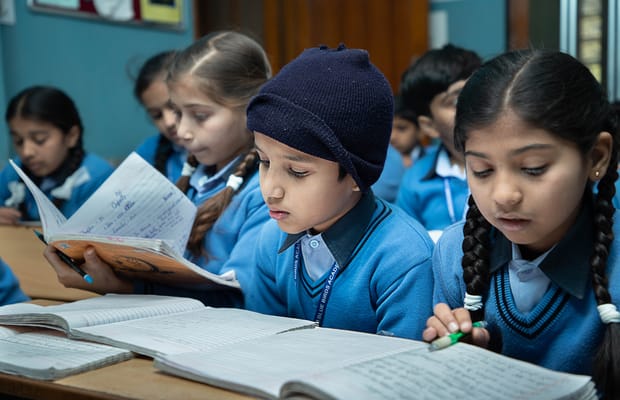 Rajasthan Council of School Education (RCScE) has notified that there are currently 134 model schools in Rajasthan and almost all of them are situated in rural areas where the electricity supply is not regular. Thus, to solve this issue of irregular electricity supply and also to reduce the monthly electricity bills expenditure a new Rs 25 crore project has been sanctioned under the ‘Samagra Shiksha’ scheme for all the 134 models schools in the state to get hybrid solar plus battery bank systems.

RCScE has thus issued a tender, inviting bids from eligible bidders, for setting up of the hybrid solar PV systems of 15 kW solar capacity with a battery bank in the 134 Swami Vivekananda Govt Model Schools in different districts of Rajasthan.

The scope of work for the selected bidders will include the design, supply, testing and commissioning of the hybrid solar PV systems of 15 kW capacity at the 134 pre-identified schools across Rajasthan. The developers will also be required to provide comprehensive operation and maintenance services for the plants for a period of 5 years from the date of successful commissioning.

The last date for bid submission is January 18, 2021, and the technical bids will be opened on January 19, 2021. A pre-bid meeting has been scheduled for January 4, 2021, to address the concerns raised by the prospective bidders.

The estimated cost of the entire project is Rs 25.12 crore, and all bidders are required to submit a bid security amount of Rs 25.12 lakh along with their bids. The 100 percent cost of the system will be funded for this project by the RCScE.

To be eligible for participating in the bidding process, the firms should have a minimum turnover of Rs 15 crore in each one of the last three financial years (2017-18 to 2019-20). And the firm should be a profit-making entity with a positive net worth.

All prospective bidders must submit bids for establishing the hybrid solar PV plants at all 134 schools in the state under one package.

In November, a new move by the Rajasthan Renewable Energy Corporation Limited (RRECL) was announced for the commissioning of stand-alone mini-drinking water supply systems to 200 villages power by solar power. The initiative could open up opportunities, and the doors to an integrated role for renewable energy in the central government’s biggest initiative for the coming three years, the  Jal Jeevan Mission, which targets to provide safe and adequate drinking water through individual household tap connections by 2024.

As per the statement, the locations have been identified from a list of 248 areas specified by the Public Health and Engineering Department (PHED).

“The pilot project will reduce the dependence of rural areas. They will be relieved of energy costs for drinking water and worries of power outages. The solarisation of water pumps will also help the government in saving electricity, money and the environment,” RRECL Chairman Subodh Agarwal had said.

Rajasthan in 2020, has been the leading state for renewable energy expansion in the county. And this claim was backed by a recent report by IEEFA, which believes that the resource rich state can play a key leadership role in India’s transition to a low-cost, low-emission, profitable electricity system.

The state’s installed renewable energy capacity reached 9.6 gigawatts (GW) at the end of the fiscal year (FY) 2019/20. It also added more solar power capacity (1.7 GW) in FY 2019/20 than any other Indian state, ahead of Karnataka (1.4 GW), the state with the highest installed solar capacity, and Tamil Nadu (1.3 GW).

“Rajasthan has a bright future as a renewable energy leader in India,” said the report’s author Kashish Shah. However, there’s still a lot of work to be done. With the state’s “power distribution companies (Discoms) amongst the worst performers in India.”