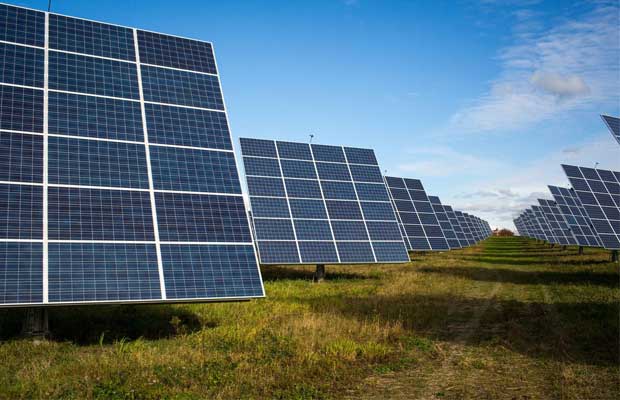 The 7 million pound grant is a part of a new solar power project ‘SUNRISE’ aimed at developing printed photovoltaic cells and new manufacturing processes which can be used to make solar energy products in India.

A consortium of 12 British and Indian universities, including Oxford and Cambridge, has received a 7-million-pound grant from the UK government to build five self-sufficient solar power buildings in remote Indian villages.

The grant is part of a new solar project ‘SUNRISE’ aimed at developing printed photovoltaic cells and new manufacturing processes which can be used to make solar power products in India.

These will then be integrated into buildings in at least five villages of India, allowing them to harness solar power to provide their own energy and run off grid.

The programme is part of the Swansea University led SPECIFIC Project, which recently opened the UK’s first “energy-positive classroom” and revolves around a “buildings as power stations” concept.

“The energy-positive classroom we built shows that this technology works, successfully turning buildings into power stations. This funding will enable us to export this model to support India’s plans to boost solar energy,” said Professor Dave Worsley of Swansea University, head of research at the SPECIFIC project and leader of the SUNRISE team.

“The Swansea team will be working closely with our partner universities in the UK and India. Our hope is that if we can show this works on five villages in India, then it could be rolled out to other buildings in India and around the world,” he said.

Swansea University says the solar power project is in line with Indian government’s plans to turn the country into a solar energy leader, leapfrogging fossil fuels and to boost the Indian manufacturing sector.

The team’s concept of a building as a power station has been working in the form of its first energy-positive classroom on the Swansea University Bay campus.

“Designed and built by the SPECIFIC project, the classroom can run off grid. Electricity is generated by a steel roof with integrated solar cells,” the university said in a statement.

Some of the other universities which are part of the consortium include Oxford, Cambridge, Brunel and Imperial College London.

“From healthcare to green energy, the successful projects receiving funding highlight the strength of the UK’s research base and our leadership in helping developing countries tackle some of the greatest global issues of our time,” said Jo Johnson, UK minister for universities and science.

“At a time when the pace of scientific discovery and innovation is quickening, we are placing science and research at the heart of our Industrial Strategy to build on our strengths and maintain our status as science powerhouse,” Johnson said.

One of the key aims of the SUNRISE solar power project for India is to provide a real-life example which proves that this technology works and that it is appropriate within communities. The plan is that it will encourage local industries to manufacture affordable prefabricated buildings, adapted for their environment, that can generate, store and release their own power.