A new programme known as ‘Manohar Jyoti’ will be implemented in Haryana to set up one lakh solar power lighting systems in the state. To be launched in a phased manner by the Haryana Renewable Energy Department, the Union Ministry of New and Renewable Energy has sanctioned financial assistance of Rs 23.65 crore to set up 21,000 solar lighting systems in its first phase. 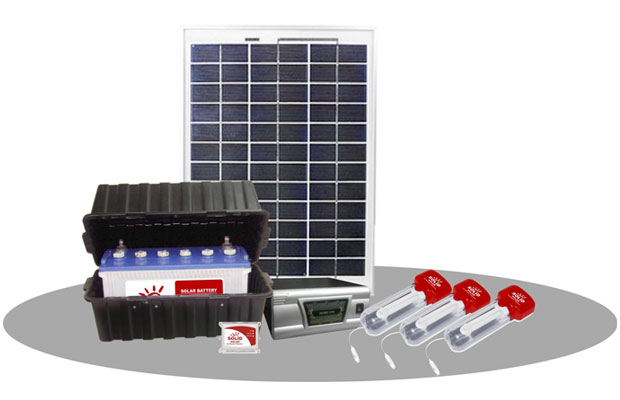 A spokesman said that this programme would be implemented in the Swarna Jayanti Year of the State this year. He also mentioned that the Union Ministry had approved financial assistance of Rs 45.89 crore so as to make available 3050 solar power pumps to the farmers. The farmers were required to pay only ten per cent amount to get the power pumps installed.

He said that with a view to give boost to the green energy, Chief Minister Manohar Lal Khattar had released the Haryana Solar Power Policy-2016 during the Haryana Global Investors Summit organized at Gururgram last year.

The state government has made it mandatory to install solar power plants in different category of buildings.

The Ministry of New and Renewable Energy has also honored Haryana in recognition of its achievement in the field of installing roof top solar power plants.

He said that with a view to promote power conservation, it has been made mandatory for the consumers of various government and other areas to get power audit done.

The spokesman said that complete ban has been imposed on the purchase of new sodium vapor lamps by all government or government aided sectors or Boards and autonomous bodies. He said that Energy Conservation Building Code (ECBC) has been made mandatory in commercial buildings of various categories having connected load of 100 kilowatt or capacity exceeding contract demand of 120 Kilowatt.