Doublet Module – The Magic of Two!

With the widespread adaptation of solar energy in early 21st century, it was clear that solar photovoltaic (PV) shall be the next big source of energy in world’s energy mix. While its advantages were obvious, the global energy market started seeking out a more superior PV module. 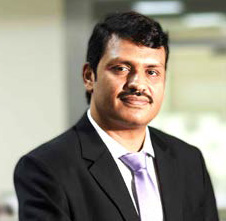 Efforts were made in almost all the field, right from adopting the more efficient solar cell already developed in labs, using glass with an ARC coating, enhancing backsheet or improving the properties of encapsulant. Other than upgrading the bill of material (BOM) of a solar PV panel, sincere efforts were made in upgrading the electrical equipment’s which directly and/or indirectly upgraded the overall output from the solar plant. While all these changes were being implemented, the design or construction of a solar module remained more or less the same i.e. 60 or 72 full cells interconnected in series with each other (Figure 1 left side). However with a deeper technological drive to obtain more power output the available resources, a simple yet and a novel design upgradation in the design of solar module was developed. The upgraded design of the solar PV module utilized half cut cells instead of full cells. Further these half cut cells were not all inter-connected in series but a set of series connected half cut cells were interconnected in parallel with other. To simply, the doublet module (Figure 1 on right) consist two module of half cut cell connected in parallel with each other. With such novel arrangement the final output of such module remains almost the same thus making the module being installed without making significant changes to the plant’s balance of system. However, other than this, the doublet modules have numerous advantages which are mentioned as below. 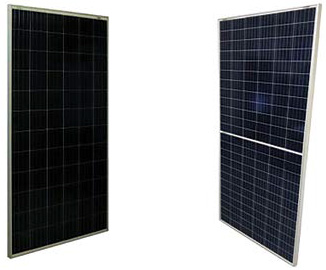 Figure 1: Traditional full cell module (on left) and half cut cell based Doublet module (on right) by Waaree Energies 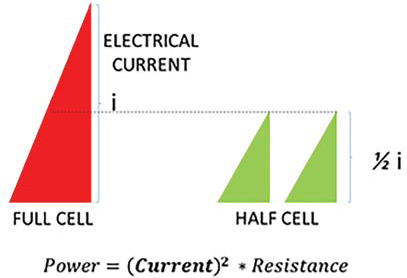 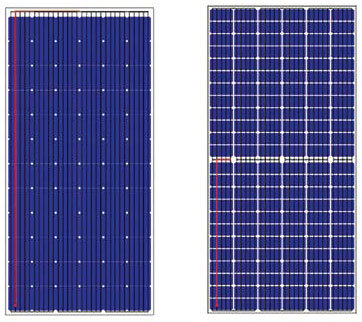 Figure 3: The path travelled by exited electron in traditional module (on left) and doublet module (on right)

The solar modules are installed in such a way that their generation is not hampered by shadow at any point of time. However within its lifetime of 25 years, there may be times when a module or the string experiences shadow. Such shadow may be due to many reasons such as expansion of nearby building, shadow due to nearby trees, bird shit, cloudy atmospheric conditions etc. which may be temporary, for few days or even permanent. Shadow even if on any cell(s) in the string hampers the generation of the string and hence the solar module. Longer exposures to shadow causes hotspots and thus the modules are fitted with reverse protection bypass diodes (read our blog on “Mismatch in Solar Cells & Modules” for further information). Considering normal operation, both the traditional and doublet module produces the desired power output. Let us now consider that the lower half of solar module is in shadow. All the strings of the traditional module are under performing and hence all the 3 bypass diodes of the module are activated resulting in zero power output from the module. In case of doublet module, the bypass diode is in between the two strings of upper and lower half of module. While the lower half is under shadow, the upper half of the module is continuously generating power. Hence, none of the bypass diode is activated and the module generates half of its rated power.

A junction box (JB) houses electrical interconnection within the string of the module. It also houses bypass diode(s) (reverse biased) which protects the module from generating hotspot in case of shadow. A typical split type JB consists of three separate boxes collecting current from separate strings. This primarily leads to better dissipation of heat from the JB. 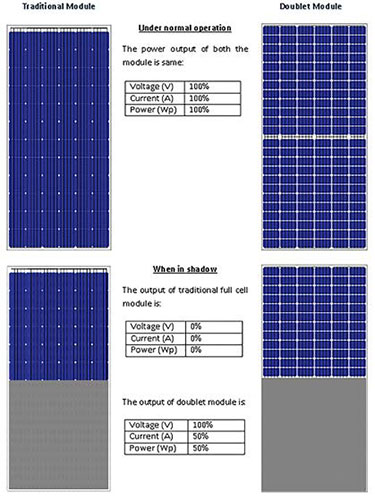 Figure 4: Effect of shadow on traditional and doublet module

Further the split type junction boxes have reduced cable length at their output i.e. around 0.5 meter from the 1.2 meter cable length of traditional JB. Also as discussed in previous section, the doublet module keeps performing even when in shade. This enables the bypass to be less active as compared to traditional modules. 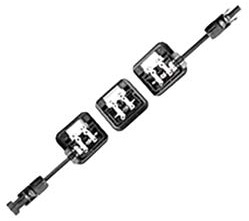 This could overall enhance the life of the bypass diode and further the solar module.

Waaree Energies have understood the advantages of half cut cell module and have introduced their half cut based doublet module both in mono/multi crystalline and PERC based solar cells. With the given advancements in solar module technology, we believe that it’s time when the end customer gets the maximum energy output. Additionally, our stringent quality checks also ensures that the reliability of the module is not compromised at any stage in manufacturing or when performing in the field.