Home » Dragon Teils » Is Jinko Being the New Panel Leader a Pitfall?

Is Jinko Being the New Panel Leader a Pitfall? 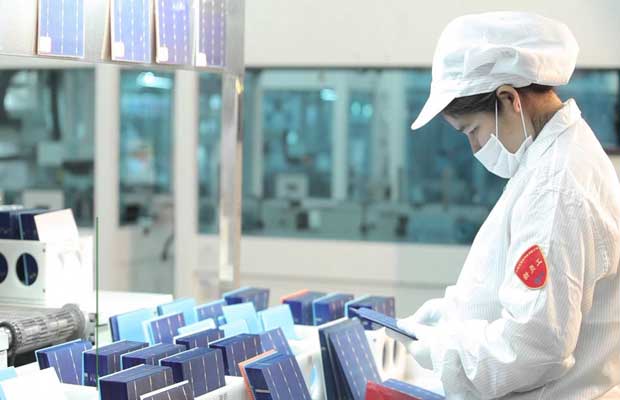 To the latest of ousting its close competitor Trina solar, Jinko Solar is learned to have recorded 6.5 gigawatts of panel-production capacity at the end of the Q3, and full-year 2016 shipments reckon to be as high as 6.7 gigawatts. These massive figures have undoubtedly escalated Jinko Solar as the leaders ejecting Trina Solar Ltd. and Canadian Solar Inc – the shipment leaders of 2015. Clutching the top slot may not have come in that commemorative for the company as the debt is learned to have doubled to $2.7 billion at the end of the third quarter over the past two years.

Also, the growing challenge for the company will be to accrue with the slumping prices of the panels. According to the latest reports of Bloomberg New Energy Finance, Clean-energy installations worldwide will increase this year at the slowest pace in a decade and demand for solar power will slow, after a flat 2016. The company reported second quarter total revenue of US$896.1 million, an increase of 8.9% from the previous quarter and 86.1% from the second quarter of 2015.

The company had US$556.8 million in cash and cash equivalents at the end of the second quarter of 2016. The rapid changing market equations have been past learned to have faced market-lapse and even insolvency. Hence, a diligent and rational approach is said to keep Jinko Solar on the forefront amid the market being numb in 2017.