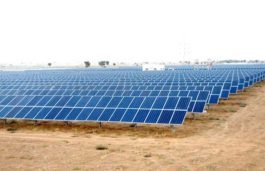 Rays Power Infra has announced successful completion of 10 MW solar PV project, for one of its client Haldirams in Telangana. PPA for the project was signed on March 2015 and was commissioned on September 2015; it has garnered the reputation of being the fastest project commissioned in the country, delivered seven months before schedule. […]