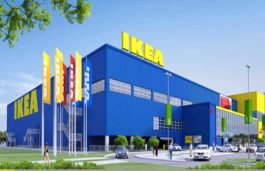 Swedish home furnishing retailer, IKEA has announced plans to install a solar energy system atop its Memphis store opening late Fall 2016. It is said be the largest rooftop solar array in the State of Tennessee. The 271,000 square-foot future IKEA Memphis, including approximately 800 parking spaces, will be built on 35 acres in the […]