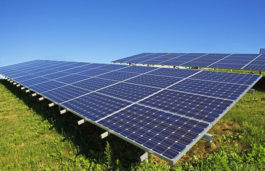 With 800MW and more than 2GW’s shipment in India and China markets respectively, Arctech Solar has been playing a leading role in the above two major PV markets Arctech Solar Holding Co., Ltd. has announced that as of January 2017, the cumulative installed capacity has reached 10GW globally. Arctech Solar”s sales performance in some countries […]