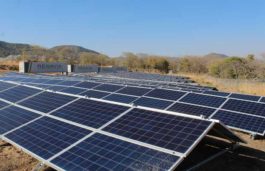 Shanta’s underground expansion plans then saw an increasing energy demand, so they turned to REDAVIA to lease an additional seven containers. With eight now operational in total and a capacity of 674 kWp, Shanta is now set to generate more than 1 million kWh per year, saving 219,000 liters of fuel and ~660 tons of […]