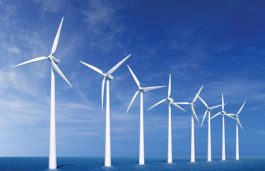 The Greek Island Ikaria became home to the second hybrid project in Europe after a long wait of more than 3 decades Greece’s Public Power Corp (PPC) has launched Europe’s second hybrid renewable energy park, combining wind and hydraulic power, on the island of Ikaria. The first hybrid plant was launched in 1983 on Kythnos […]